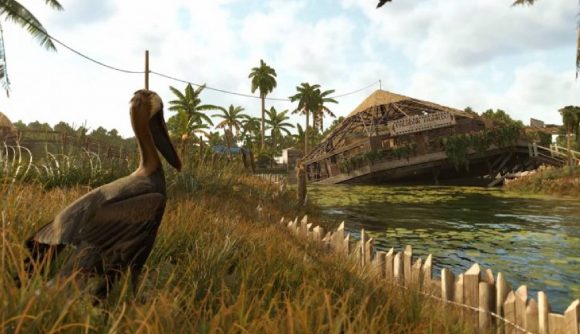 One of the strongest aspects of Far Cry has always been how it is able to capture a specific environment, whether it be the rural fields of America or the dusty plains of Africa. With Far Cry 6, Ubisoft is clearly hoping their fictional version of Cuba, Yara, will once again leave an impression on players.

As revealed in the October edition of PLAY magazine, Eduardo Vaisman, the audio director on Far Cry 6, took a long trip through Cuba to replicate the environment for the game. Vaisman says in the latest issue of the magazine that he embarked on two field recording trips to Cuba and drove more than 4,300 miles around the island nation to “capture the original biomes and endemic species of birds and insects you can only find there”.

This is a pretty impressive feat and should hopefully make Far Cry 6’s world feel more alive than any other in the series.

Beyond that, Far Cry 6’s soundtrack was composed be Pedro Bromfman, who has worked on a number of TV shows, as well as Need For Speed: Heat. His score is described by Navid Khavari, Far Cry 6’s creative director, as an “omniscient narrator that captures the sweeping, epic scope of the Yaran revolution”.

Far Cry 6’s development has been a long, yet interesting one, with star Giancarlo Esposito bringing his own props to his first meeting with Ubisoft after landing the role of dictator Antón Castillo. Elsewhere, the game’s DLC is set to bring back three of the franchise’s most famous villains, letting you play as them for the first time.