With that excitement comes hype, and many are already looking to get in early and place an order so you can ensure the game arrives on your doorstep at launch. And, with deals popping up everywhere, we have been keeping a close eye on the best Elden Ring preorder prices for both PlayStation and Xbox consoles.

Read on to see our selection of the best Elden Ring preorder deals for those of you that live in the US and UK. If you are looking for the Collector’s Edition, you are unfortunately too late as it has sold out everywhere.

If you are in the UK, the best option and saving on Elden Ring preorders can be found at The Game Collection, where the RPG is just £44.95 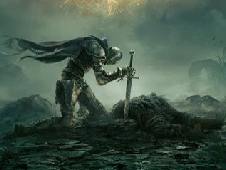 However, if you are based in the US, unfortunately there are no discounts right now. But, you can still buy the standard edition of the game at stores like Amazon and Gamestop.

If you are picking up the game in February, you can get a head start with some of our guides from the recent Technical Test, including an overview of Elden Ring’s horse Torrent, how to level up in Elden Ring, and a list of the currently known Elden Ring bosses.