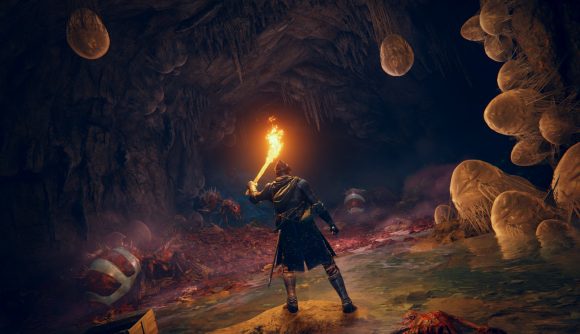 The Elden Ring patch 1.05 notes have arrived, and the latest update to FromSoftware’s epic RPG is far less impactful than the last. There are only a few significant gameplay changes or innovations, but there are dozens of bug fixes and optimisations for console players too.

The main change in terms of gameplay involves those wanting to use Bell Bearings in their New Game+ Elden Ring playthroughs. Previously, Bell Bearings (which are used to expand the shop helmed by the Twin Maiden Husks NPC to access extra items) would not be carried over to New Game+, and neither would those that you had already handed in to Twin Maiden Husks. While that is still largely the same, a handful of Bell Bearings will now have their “liberated status” carried over to NG+ playthroughs.

Elsewhere, the patch notes detail over 40 bug fixes for the game, which include several weapon bugs and a health bar issue with of the most fearsome Elden Ring bosses, Malenia.

The Elden Ring patch notes also say that there is now “improved stability of online multiplayer between PS4 and PS5” and faster loading times for those playing on the Xbox Series X|S.

It’s definitely not the biggest and most revolutionary update that Elden Ring has ever had, but with 40 fewer bugs in the game, you should be far less likely to come across any issues in your next playthrough.