Taking place in an open field, the Tree Sentinel rides his horse and wields a mighty weapon that is capable of cleaving you and Torrent to pieces with just a few hits. However, the Tree Sentinel serves as a tutorial boss, showing you how to take on enemies while on horseback, which can often be easier than fighting on foot.

So, if you want to wipe him off the map (literally), you are going to need some tips when it comes to fighting him. Read on for our tips on how to beat the Tree Sentinel in Elden Ring.

Elden Ring How To Beat the Tree Sentinel

This Elden Ring Tree Sentinel boss guide will show you the key strategies you should be adopting when it comes to taking on this fearsome foe, so you can figure out the best strategy to beat the Tree Sentinel in Elden Ring. Some key tips are:

The Tree Sentinel is best fought on Torrent as trying to beat him on foot is incredibly hard. Before you begin, make sure you have Rowa Raisins on hand to heal Torrent, as he will get hit.

The main strategy when it comes to taking on the Tree Sentinel is to use Torrent to dash in for one or two hits as you ride around the Tree Sentinel. If you stick to the Tree Sentinel’s right side (your left) you will almost always be able to dodge any attacks by the time he has finished winding it up, providing you dash out of there with Torrent.

Because the Tree Sentinel is so bulky, it takes a long-time for him to attack. As such, you can run towards his right side, land a hit or two as you pass him and get out of the way before he is able to slam his weapon into the ground. As you do this though, be sure to ride inwards towards the Tree Sentinel and then ride back out away from him, so you can dodge any slashes. 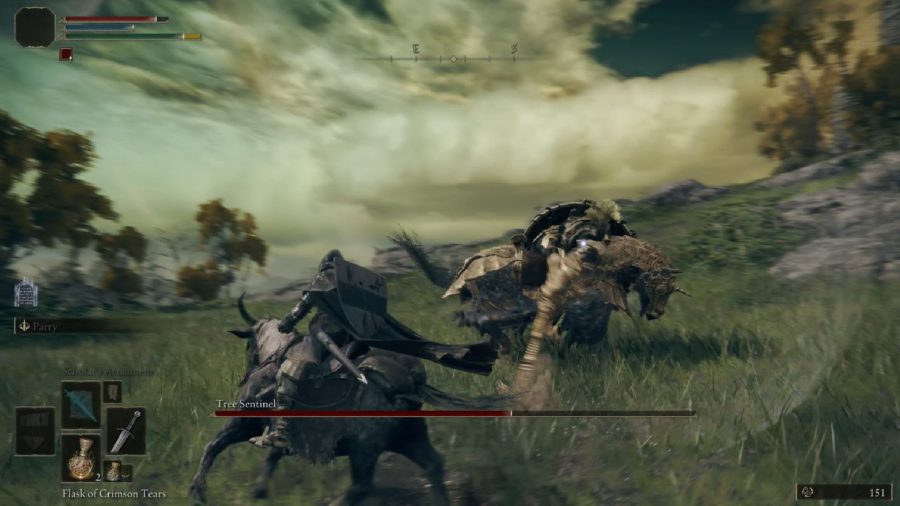 If he sweeps his spear along the ground, you want to ride away from the boss to avoid the slash. An overhead swipe is telegraphed by a short hop, which can easily be dodged by riding past him.

If he slashes his weapon from the front, you want to get behind the back of his horse as soon as possible or you will be caught in the attack. Finally, the last main attack he has is a thrust, which can be dodged by riding into the Tree Sentinel and to the side of where he is attacking.

Torrent will get a burst of speed if you tap the run button instead of holding it, which can help you dodge some of his more deadly attacks like the shield bash.

The shield bash can be dodged by riding away from the Tree Sentinel in the same direction he is attacking, rather than riding around him. If the Tree Sentinel jumps in the air, you will want to get out of the area, as he will slam into the ground dealing a significant amount of damage. 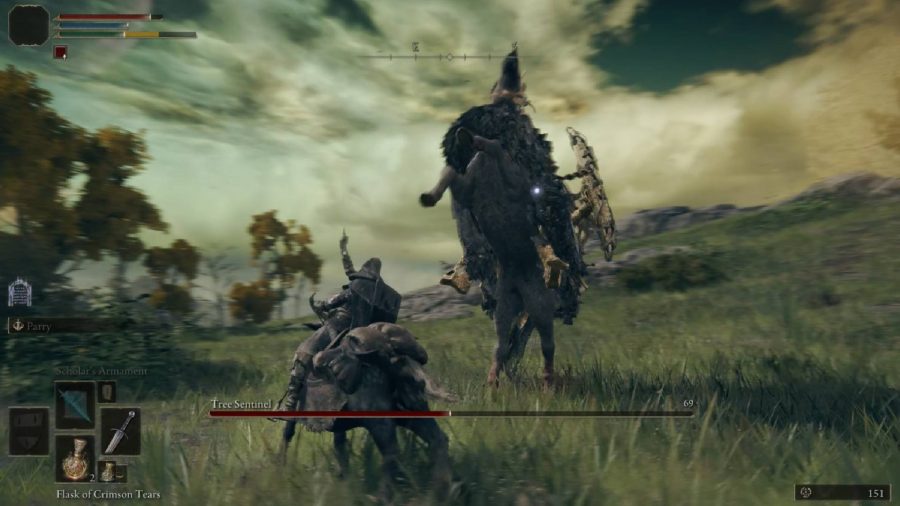 The Tree Sentinel’s horse can also kick you if you are caught behind it or in front of it, so don’t stay at its rear for too long. Not that you’d want to be there anyway. If the horse does do a front kick, try to not ride to the Tree Sentinel’s right as he can sometimes perform an uppercut as the horse finishes kicking.

In summary, the tips for Elden Ring and how to beat the Tree Sentinel are to always ride around his right side and dash in for a quick hit or two and get back out. The best windows of opportunity are when he isn’t riding towards you so try and get him to attack when stationary as much as possible. For more help with the game and other bosses, check out our Elden Ring walkthrough.