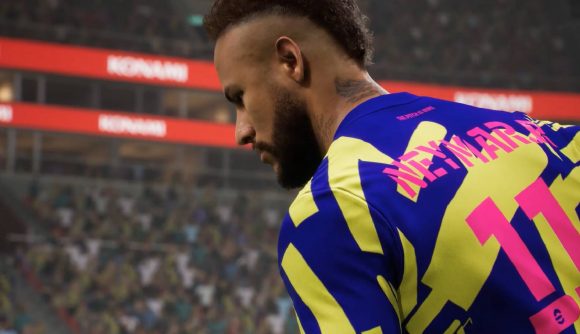 2021-10-01 15:30 Konami has issued a statement saying that the publisher will continue to support and fix the bugs players have been experiencing. It also confirmed an update is planned for October.

eFootball has finally hit consoles and PCs. Built as a new, ever-evolving platform by Konami, this year’s entry is set to serve as the base of the game for the many years to come. But the launch of the game hasn’t exactly been smooth.

The game has been out for a couple of hours so far, and already players have found a lot of bugs, some of which are absolutely hilarious. These bugs have been widely shared on the eFootball subreddit and Twitter, and include players disappearing in opening match cutscenes and having their bodies wiped out of existence, leaving a floating football kit in its place. Players are also regularly clipping through one another, making them look as if they have extra limbs.

On top of that, a more regular bug that has been experienced is the referee or groundsmen resembling what we can only describe as a pancake, zipping around like they’re on speed. You can see an example of this bug (which honestly, we think is a feature) in the video below.

Bugs are synonymous with game launches these days, but while they’re amusing to see for the first time, they quickly become frustrating. As such, the community has started to voice their frustration on social media, especially seeing as last year Konami opted to release a seasonal update for Pro Evolution Soccer 2020 rather than a new game.

Is it a bird? Is it a plane? No, its the referee in EFootball from WEPES

However, in fairness, Konami itself has called today’s launch a demo, noting that features like PS5 DualSense haptic feedback and individual player tactics will be coming in the months ahead.

Hopefully, Konami can get these issues ironed out sooner rather than later so that players can enjoy eFootball as intended.