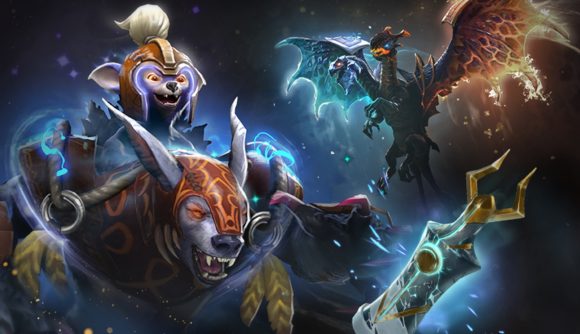 Among a number of equally big Dota 2 announcements, such as smurfing becoming a bannable offense, Valve has revealed when players can expect the MOBA’s next hero.

In a short paragraph at the end of this massive blog post – which mainly focuses on an overhaul to the game’s core systems to accommodate new players – Valve says that fans can expect hero number 121 in the next update, which drops shortly after the ONE Esports Singapore Major. “We’re aiming for the Friday following the Singapore Major as the day the next update ships,” Valve says. “The 7.29 update will include the next hero as well as a balance-focused gameplay update.” With the Major wrapping up on Sunday, April 4, expect the new update and new Dota 2 hero to drop on Friday, April 9.

We have no official word on what kind of hero we’re getting just yet, but excitement is still pretty high. With Valve expecting a high influx of new players from its Dota: Dragon’s Blood Netflix series, there’s a good chance this will be a more simple to learn and uncomplicated hero, but that’s purely speculation at this point.

This hero will also be coming with some balancing to the existing meta, according to Valve, so it will be interesting to see which heroes will remain top picks for climbing the Dota 2 ranks.

Today we’re launching a comprehensive update to the new player experience, featuring an extensive suite of tools designed to help anyone interested in learning more about Dota 2. https://t.co/ZumqwNDIaC pic.twitter.com/IX9uwni96D

The Singapore Major, which has a $500,000 prize pool up for grabs, has already generated a lot of excitement. Couple that with the new Netflix series and a new hero, and it’s a great time to be a Dota 2 fan at the moment.