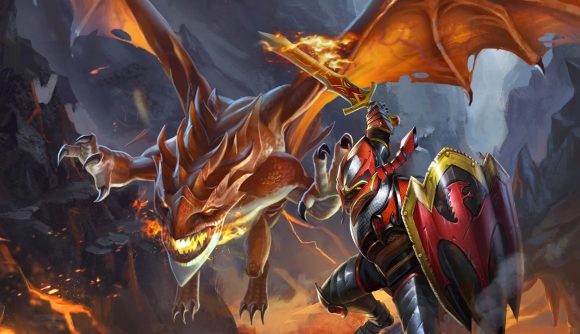 Dota 2’s competitive scene has been one of the hardest hit by the pandemic. With a season that revolves massively around the Dota Pro Circuit and its premier, big-money event The International – both of which were called off in 2020 – there were some concerning signs for Dota 2 esports for a while.

Now though, the DPC is back up and running, and it has just been revealed that an offline major is just around the corner. Tournament organiser PGL has announced that it will be hosting the first Dota 2 major since January 2020 this March – April in Singapore, with a total of 18 teams from around the world competing.

This is essentially a reorganisation of the ONE Esports Singapore Major that was billed for June last year but was cancelled due to the pandemic, but now PGL will be stepping in to lend a hand alongside ONE Esports. The Singapore Major, which boasts a $500,000 prize pool, will take place from March 27 – April 4.

In a press release, PGL describes Singapore as “one of the safest countries in the world” right now and the ideal place to host an international major. During the entire pandemic, the small nation has only recorded 59,000 cases of coronavirus, and has had daily case numbers of less than 100 since September 2020, according to the World Health Organisation.

Of the 18 teams heading to the major in March, Chinese and European teams will have the most spots in the tournament with four each. The regions of CIS and Southeast Asia will have three spots each, while North America and South America will have two spots each.

Valve appears to be working extremely closely with PGL to get its offline majors up and running again. PGL will also host the first CS:GO major since August 2019 in October this year, with teams heading to Stockholm, Sweden for the competition.

While Singapore and Sweden will see Valve esports majors take place, the developer’s president Gabe Newell also recently hinted that his newly-found home of New Zealand would be an ideal place for LAN competitions.