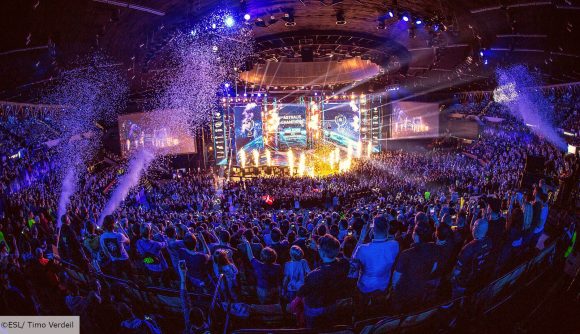 Tournament organiser PGL has confirmed the news that Counter-Strike fans have been eagerly awaiting for months: the date of the next major.

With the pandemic cancelling 2020’s planned majors and casting doubt on whether we’d get one this year at all, PGL has now announced that it will be hosting a CS:GO major in Stockholm, Sweden, between October 23 and November 7, 2021. This will be the first CS:GO major since the StarLadder Berlin tournament which concluded in September 2019. By the time PGL Stockholm comes around, fans will have waited over two years to see a top-tier CS:GO tournament.

The good news doesn’t end, as PGL also reveals the Stockholm major will boast the largest prize pool ever seen for a CS:GO event at $2 million. Fans will also be excited to learn that there are plans to have a live audience inside the host city’s Ericsson Globe to watch the business end of the tournament between November 4 and November 7.

PGL does clarify, however, that plans for the major are subject to “all safety conditions to hold live competitive events” being met prior to the start date.

As well as the massive prize pool and prospect of a live audience, PGL also says that it will be the first CS:GO major to be broadcast in 4K 60fps video quality. There will also be plenty of innovations in the broadcast too, including AR elements.

📢 PGL TO HOST THE FIRST CS:GO MAJOR AFTER A TWO-YEAR BREAK

While CS:GO fans have recently been getting their first taste of international LAN action since the pandemic struck with the BLAST Premier Fall Series, the news has been met with huge excitement.

November may be a way off, but the prospect of a big-money major is certainly something to look forward to for CS:GO fans in 2021.