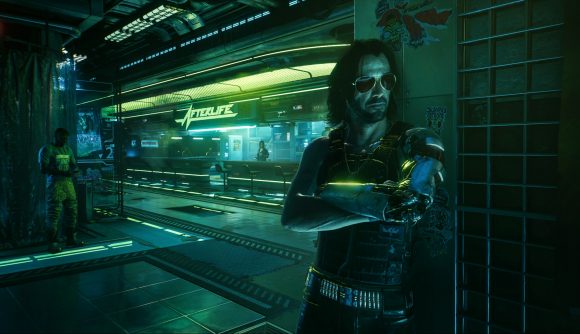 Cyberpunk 2077 may have had the messiest release of any game in recent memory. While our friends over at PCGamesN really enjoyed it, even they couldn’t help but notice some pretty big bugs in the PC version. However, players noticed that these bugs were just the beginning when playing on consoles.

Last-gen hardware especially struggled to run the game, as poor optimisation left some levels unable to be completed, huge framerates drops, and (of course) genitals clipping through clothes. Of course, nobody expected the PlayStation 4 or Xbox One to run the game perfectly, or as well as a top-of-the-range PC, but the sheer number of bugs and crashes left many players feeling like they couldn’t play the game at all.

CD Projekt Red confirmed in an investor call that the Cyberpunk last-gen build was worked on “until the last minute,” but the game was still below standards. CDPR also formally apologised for the quality of the last-gen build, and even went as far as to offer refunds to players who had bought last-gen copies.

SIE strives to ensure a high level of customer satisfaction, and we will begin to offer a full refund for all gamers who have purchased Cyberpunk 2077 via PlayStation Store and want a refund. Please visit the following link to initiate the refund: https://t.co/DEZlC0LmUG.

In an announcement on Twitter, CDPR confirms that Cyberpunk will still be available for the PlayStation 4 via physical disc editions and both digital and physical copies will “continue to receive support and updates.”

Hopefully Cyberpunk 2077 will return to the PlayStation Store in a playable state before too long, but for now, PlayStation’s refund form is apparently “experiencing issues.” CDPR reiterates that it is committed to supporting the game on all platforms, and it will “continue to improve the experience” for those who currently own the game on last-gen hardware.