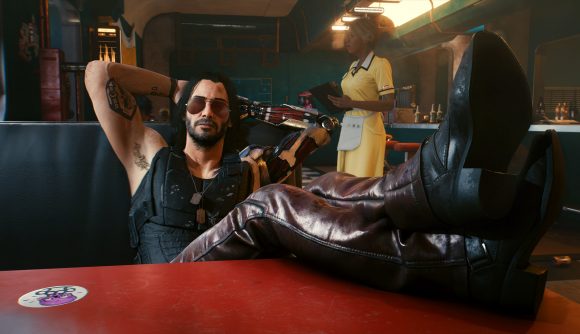 Cyberpunk 2077 developer CD Projekt Red is now under investigation from Poland’s Office of Competition and Consumer Protection (UOKiK). The measure – first reported by Polish publication Dziennik Gazetta Prawna – is being taken to ensure the developer is making progress on promised work to rectify the myriad of issues plaguing the game – particularly its performance on last-gen consoles.

In a translated statement provided to the Polish publication, Małgorzata Cieloch, a spokesperson for UOKiK, outlines its intentions. “We will [not only] check how the manufacturer is working on the introduction of amendments or solution[s] to difficulties preventing the game [from working] on different consoles, but also how it intends to act in relation to the persons who filed complaints and are dissatisfied with [their] purchase due to the inability to play games on owned equipment despite previous assurances [that it would work].” Once this step has been taken, UOKiK will then decide on further action.

The publication further highlights the opinion of attorney Dominik Jędrzejko, a partner at law firm Kaszubiak Jędrzejko Adwokaci. Jędrzejko posits that CDPR may still be penalised for unfair market practice even if the game is fixed and returns are offered to unhappy customers. As a result of this, UOKiK retains the right to impose a fine of up to 10% of the studio’s income.

Cyberpunk 2077 released back in December. And while the response from its PC launch has been fairly positive despite a number of bugs, the console experience – particularly for last-gen hardware – was fraught with issues, prompting an apology from CDPR. The game has since been removed from the PlayStation Store.

Alongside its apology, the studio also offered a roadmap to future updates which will hopefully bring the PlayStation 4 and Xbox One versions of the game up to scratch. UOKiK is clearly intent on ensuring that happens.