Whether you’re playing with the pros in Global Elite servers or stuck in Silver, ranks are synonymous with Counter-Strike: Global Offensive. CS:GO ranks can be hard to attain and maintain, but understanding the ranking system in the popular Valve shooter is key to working out just how good you are, and what you need to work on.

Not everyone will be able to climb to the dizzying heights of Global Elite, and that’s ok, but the skill gap between the average CS:GO ranks can be far and few between. If you want to improve as a player, you’ll want to get studying, because understanding CS:GO ranking system is crucial to your development.

We can’t promise it’ll be easy though. Like all good competitive games, you’ll be taken on a roller coaster of emotions, with every win, loss, and draw factoring into your CS:GO rank, which will determine how the community sees you.

This detailed guide will cover everything you need to know about CS:GO ranks, including the difference between Competitive, Wingman, and Danger Zone ranks, and what you can do to establish yourself as a Global Elite.

What are the CS:GO ranks?

CS:GO has 18 ranks, split into six tiers. Where you fit into the ranking system determines how good you are at the classic FPS.

Here are the CS:GO ranks in order:​

Silver is usually associated with new players who haven’t quite got to grips with the mechanics of the game. There’s usually a lack of strategy and communication, which can hinder players trying to better themselves. There’s also the added challenge of ‘smurfs’ for Silver players.

Gold Nova is where you’ll find the largest proportion of the CS:GO playerbase. The skill level among these players varies depending on the rank. Those towards the higher end of the scale are more likely to have better knowledge of managing the economy in-game, each gun’s spray patterns, and smokes.

Master Guardian players are typically more advanced. These players spend time in custom servers learning new ways to use utility and retake sites. If you’re aiming to reach Master Guardian or above, be prepared to stick in some extra hours.

HOW DO I GET MY first CS:GO RANK?

When you boot up CS:GO for the first time you’ll have no rank. Like many other competitive games out there, CS:GO players are expected to jump into casual servers to learn the ropes first, before committing to a serious ranked match. Even if you wanted to, you can’t, as all new players must reach Private Rank 2 before diving into the deep end.

To get started, you’ll need to play online matches of various CS:GO modes. Deathmatch or Arms Race are good places to start, as you’ll be forced to try different weapons from various spawn points every time you die. Casual matches are handy too, as they follow the same rules of competitive matches, just with more players on each team.

Read more:  Take some tips and set up a CS:GO crosshair

Once you’ve earned enough XP for level two, you can start searching for competitive matches via the matchmaking menu. You’ll need to complete ten competitive matches to get your first rank. But remember: you’ll be pitched against opponents of varying ranks, so don’t worry if you struggle to get going at first.

How do CS:GO ranks work?

Trying to work out how the CS:GO ranks system works? You’re not alone. Valve has never fully disclosed how you rank up and down in the game, especially since the MMR number associated with your rank is hidden from view.

However, it’s widely believed that CS:GO ranks are based on your overall performance, as well as you wins and losses. This means you’ll need to focus on your KD/R, MVPs, damage per round, defusals, and more, as well as winning the match.

It’s a lot to carry into every game, so we’d encourage you to work with your team as much as possible to get the win – anything that comes after that is a bonus.

What are smurfs in CS:GO?

Smurfs are higher-ranked players who play on alternate accounts to play with friends or mess about on a lower-ranked account. These types of players often stand in the way of Silvers making their way into Gold Nova.

What is the average CS rank?

Gold Nova 3 is the average CS rank based on the publicly available stats we’ve found. There’s a good spread either side of these ranks, but Legendary Eagle players and above are some of the most skilled in the game.

These are the players who have spent time analysing their own gameplay, tweaking their settings, learning the meta, and training their aim. You’ll need to have an analytical mind to become one of the best in CS:GO. Having a good aim is one factor, but learning how to counter other players is another. 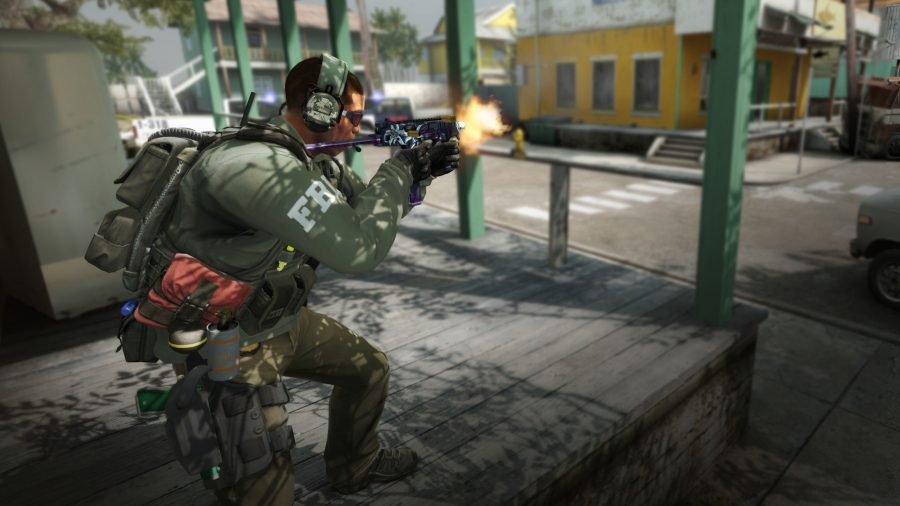 Why is my CS:GO rank different for Wingman?

Wingman is a 2v2 mode, played on smaller versions of some of the game’s most iconic maps. CS:GO’s Wingman ranks are the same as Competitive.

As a smaller proportion of the player base play Wingman, many people find that they have a higher rank than their normal one. This is because the ranking system is weighted differently, and because you’re more likely to encounter unbalanced teams frequently – especially if you like playing with friends who have a different rank to you.

What are the Danger Zone ranks in CS:GO?

Danger Zone is a battle royale mode that Valve added to CS:GO in December 2018. It sees 18 players, or nine teams, fight to the death in an ever-shrinking battle arena. As the aim of this mode is vastly different from the game’s primary ranked mode, Valve added new ranks in 2019. Danger Zone can currently be played on three maps: Blacksite, Sirocco, and Jungle.

Here are the CS:GO Danger Zone ranks in order:

What does Trust Factor in CS:GO mean?

Trust Factor is a system designed by Valve that matches you up with similar players based on your behaviour. Valve has never shared the full list of factors which contribute to a player’s rating, but we do know that behaviour, the age of your Steam account, and your hours in CS:GO and in other games play a part. So if you want to have good games, you better be on your best behaviour. 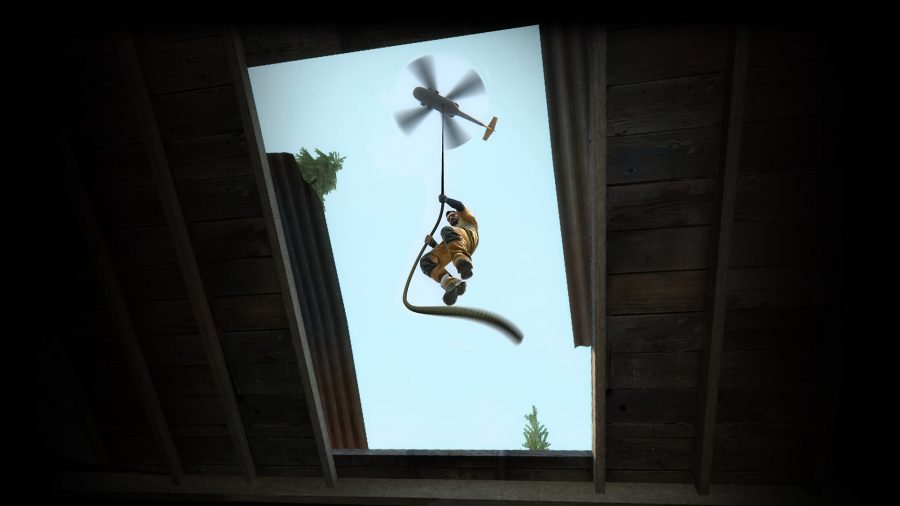 How do I improve my CS:GO rank?

While the process of climbing the CS:GO ranks can take some time, there are a few things you can do to improve your general gameplay.

Here are our CS:GO ranks tips:

Changing your crosshair and settings can have an immediate effect, but training your aim will take a bit longer.

Fortunately, there are plenty of custom maps in Steam’s Workshop to help you out. Aim training and recoil maps serve as useful educational tools. There are also YouTube guides that break down utility usage and placement, which can be the difference between Silver Master Elite and Gold Nova I.

The best thing to remember is that experience is key. You’ll learn new tricks from every match you play. Win or lose, there’s always something worth going back and watching again.

If you’re struggling to progress by solo queuing, take a look at the Steam Discussion Board or the Nearby Lobbies option in-game. Make friends with like-minded individuals who would prefer to go all guns blazing with a teammate. Games are, after all, more fun with friends – especially when you’re trying to climb the CS:GO ranks.