If you’re a fan of Call of Duty Warzone’s smaller map, Rebirth Island, you’ll be pleased to know that it’s undergoing a major facelift in the Warzone Pacific Season 2 Reloaded update. With Stronghold and the Prison Yard being revamped and a new Dock POI being added to the south side of the island, there’s a lot to look forward to. The Season 2 Reloaded update is also introducing new Warzone Weapon Trade Stations to Rebirth Island – we have everything you need to know about them below.

If you’re wondering what a Warzone Weapon Trade Station is all about, then you’re not alone. This new feature is going to debut alongside the Rebirth Reinforced Event on March 23, following the Warzone Pacific Season 2 Reloaded release time, and will offer players another fantastic opportunity to get one-up on their opponents.

If that doesn’t excite you, allow us to explain why these new trade stations are going to add a new dynamic to your game when they release. Keep reading for more information on what they mean and the latest on where you should be able to find them.

Here’s everything you need to know about the new Warzone Weapon Trade Stations arriving on Rebirth Island during Warzone Pacific Season 2 Reloaded and the Rebirth Reinforced Event.

Details are light on the new Warzone Weapon Trade Stations, however the Call of Duty Blog has shared the following statement explaining the concept:

“ Weapon Trade Stations allow an Operator to give up their weapon in exchange for one of lesser quality plus additional items, depending on the original weapon’s rarity. These items can include Cash, equipment, Armor Satchels, Self-Revive Kits, Killstreaks… or even a Specialist Token.”

Warzone's Rebirth Island is going through changes, and we're here for it. New hot drops are upon us 🔥

Weapon Trade Stations will be unlocked in Rebirth Island during the Rebirth Reinforced Event when the Warzone community collectively earns enough kills on the island.

If you’re wondering what you’ll actually be able to get from the new Warzone Weapon Trade Stations, Raven Software has shared what this new feature will offer players at launch.

When you trade in a common rarity weapon…

When you trade in an uncommon rarity weapon…

When you trade in an epic rarity weapon…

When you trade in a legendary, ultra, or heroic rarity weapon…

If you want to trade in your custom loadout weapon, you will receive a different trade from a Weapon Trade Station “depending on the number of attachments” you have equipped, according to this Call of Duty Blog post.

At the moment, there is no information detailing the exact location of the new Warzone Weapon Trade Stations on Rebirth Island. 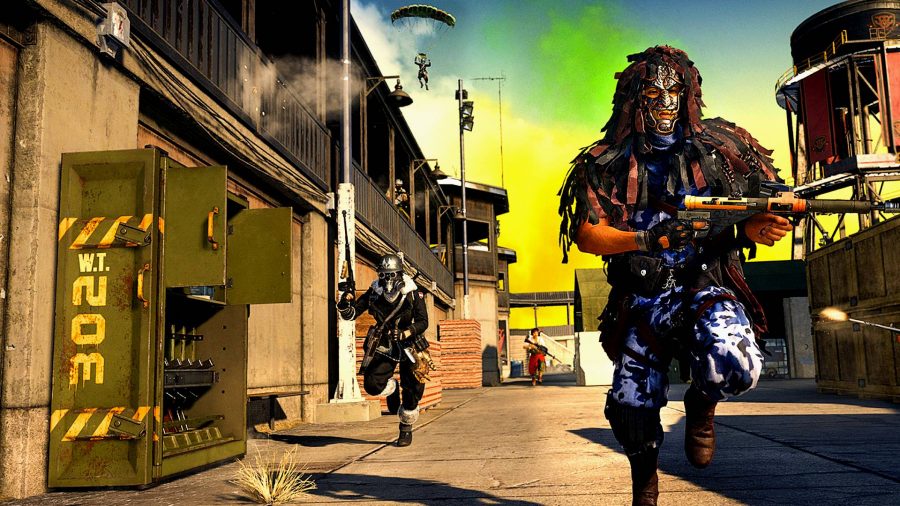 In the same Call of Duty Blog post referenced above, Beenox has shared the following statement:

” When they come to Rebirth Reinforced, the Weapon Trade Stations will offer an incredible value for any weapon, including those from the ground that may not play up to their rarity. Although their fixed location poses an inherent risk, visit these stations during a match to stock up on Cash and supplies at the cost of a weapon swap.”

This suggests that there are set locations where Weapon Trade Stations will spawn in every match, unlike a Buy Station.

We will update this guide with more information and clarification when it is available.

Well, that’s all there is to know about the new Warzone Weapon Trade Stations coming to Rebirth Island in the Season 2 Reloaded update. Will these change up how players are using the best Warzone weapons? We’re not so sure, but it could be a quick way to get your hands on your best Warzone loadouts in a game.