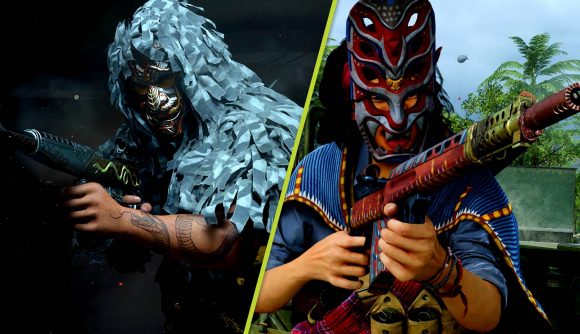 It’s time to clear off your hard drive and prepare for another huge Call of Duty Warzone update. Raven Software has finally revealed the Warzone Pacific Season 2 Reloaded roadmap and unveiled a brand new look at the Rebirth Island Reinforced map update and what to expect for the second half of this season. Raven has also finally revealed the Warzone Pacific Season 2 Reloaded release time – and it looks like everything is following a familiar schedule.

Check out everything coming to #Vanguard and #Warzone in Season Two Reloaded.https://t.co/6N7IqzBbYk pic.twitter.com/7adVQ7uZRj

The Rebirth Island map update is the main talking point for Season 2 Reloaded, but Warzone players can also look forward to getting their hands on the Armaguerra 43 SMG. We don’t know how this will stack up against the best Warzone weapons, but it could make its mark on the Warzone meta.

In Call of Duty Vanguard, players can look forward to battling it out on a new map set in the Alps and competing against one another in a new 12v12 game mode: Arms Race. You can find more information about all of this and more on the Call of Duty Blog here.