There’s nothing worse than dropping into Mines only to get gunned down by a sweaty squad chasing Warzone kill records seconds later. Sometimes all you want is an easier lobby, full of players at your skill level or below – where the possibility of nabbing a win is higher than normal. With a Warzone VPN you can secure just that.

Gamers looking to get a different experience have long turned to VPNs to shift the balance truly in their favour. While there might be a group of people who argue battling against higher skilled players is good for you, some players just want an easier ride – and there’s no shame in that.

However, you can’t just use any old VPN to get easier lobbies in Warzone. No, you’ll need trusted Warzone VPN providers that won’t limit your bandwidth or charge you an extortionate amount of money. With that in mind, here’s how and why you can tip the scales in your favour with the best Warzone VPNs on the net.

Why you should use a Warzone VPN

Are you sick of constantly being eliminated in the first phase of a Warzone match? Are you constantly fretting about skill-based matchmaking when playing with friends? Well, a Warzone VPN can help with that.

Activision has never commented publicly on Warzone SBMM, but it is widely thought that the popular battle royale uses it to seed players in lobbies. This means, as you pick up more wins and improve your K/D ratio, you’ll be matched with better players, leading to more competitive lobbies overall.

However, a few players looking to enjoy the game at their own pace have worked out how to game the system – by using a VPN. A Warzone VPN will allow you to virtually change their location and timezone by connecting to a server from a different country. This allows you – in theory – to get easier Warzone lobbies. By switching to a country that has a smaller player base and one that is currently early or mid-morning, you should be matched against less skilled players than yourself. 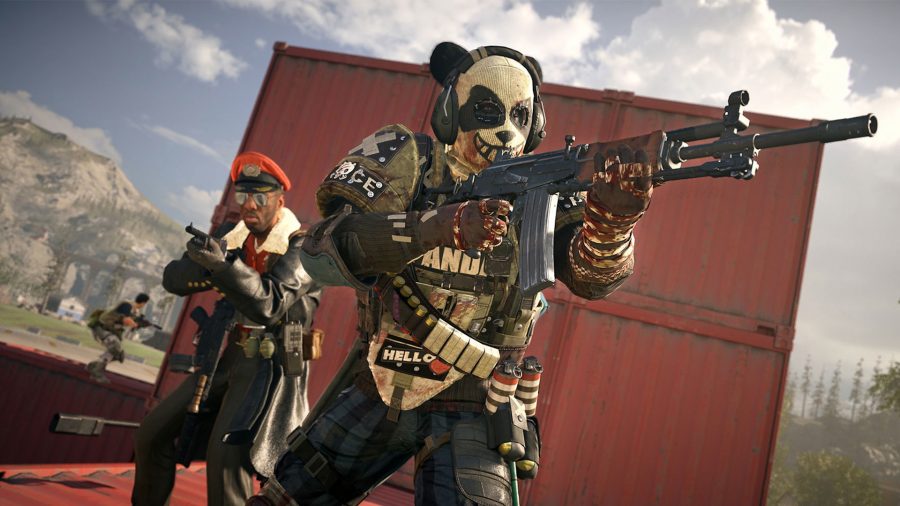 What is the best Warzone VPN?

Picking the right VPN these days is a tricky business. From free VPNs to premium VPNs, there are dozens of companies who all say they do the same thing. However, for a Warzone VPN to be successful, you’ll need one that not only gives you free reign over servers, but one that doesn’t limit your bandwidth either.

These conditions pretty much rule out free VPNs, but don’t worry – there is one premium service that will do the job, without emptying your bank account. The best Warzone VPN based on our recommendation is NordVPN, mostly because it offers a super speedy service via NordLynx, thousands of servers in dozens of countries, and the ability to set up a VPN via a router – a must have if you’re playing on PlayStation or Xbox.

Can you get banned for using a Warzone VPN?

You cannot get banned for using a Warzone VPN currently. VPNs, while used to tweak matchmaking, are also used to reduce lag while gaming – something that’s recognised by Activision.

It’s also not against the game or the publisher’s terms of service, so it is perfectly acceptable to use a VPN to play Warzone.

Will a Warzone VPN affect my ping?

Using a good Warzone VPN shouldn’t affect your ping. This is because a VPN service runs slower than your network’s peak speed. However, you might experience some problems if you decide to play on a server based in a country that’s a long way from home.

If you want a reliable connection, we’d recommend checking your speed before you play a Warzone game.

So there you have it, everything you need to know about using a Warzone VPN. If you’re planning on using one, make sure you scrub up on the best Warzone guns and the best Warzone loadout so you can dominate your easier lobbies in style.