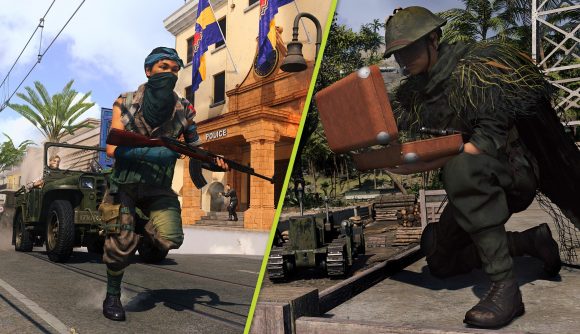 Raven Software has just released the Warzone Pacific Season 2 patch notes and a huge weapon balancing update has been implemented alongside Caldera’s new POI locations and Warzone’s new features. Several of the best Warzone guns out there have been nerfed, including the MP40, the Welgun, and the Bren. It could signal some big changes to the Warzone meta.

Submachine Gun Charlie, the MP40, isn’t going to be as effective at a distance after a significant reduction to its damage range – down to 422 from 473. Similarly, the Welgun – another popular SMG – has had its damage range nerfed from 581 to 525. The Bren, however, suffers from one of the most drastic nerfs.

The multiplier for the Bren’s upper arm and torso damage has been nerfed from 1.1 to 1 – this is only a minor change, but this will make a lot of difference at longer ranges. In addition to this, the Bren’s most popular barrel attachments have been nerfed. How will this affect the best Bren Warzone loadout options out there? It all depends on the attachments, but it’s not looking good for fans of this heavy-hitting LMG.

Two of the most popular ammunition attachments are also being nerfed across the board. Incendiary ammunition is going to deal less burn damage and make your weapon even weaker. Meanwhile, Lengthened ammunition is only going to offer roughly a third of its original additional bullet velocity. These are both popular options for a lot of loadouts right now; Raven is changing the meta in more ways than one.

Elsewhere in the patch notes, hundreds of tweaks are being made to the attachments for popular weapons like the STG44 and the Owen Gun – the Mercury Silencer and MX Silencer are both going to be weaker going forward.

This update is the start of a huge shakeup in the Warzone meta – Season 2’s new weapons are perfectly positioned to vie for the top spot on our best Warzone guns guide. Will the Bren still reign supreme? We’ll have to wait and find out.