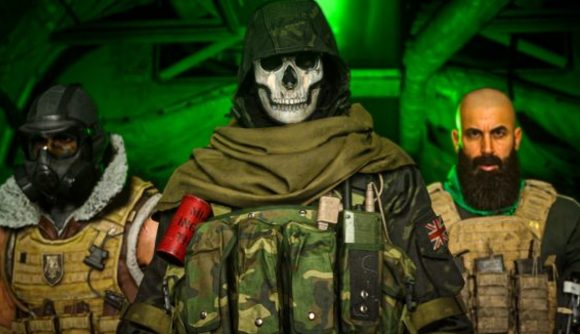 In Call of Duty Warzone Season 3, various weapon balancing changes, mainly to Vanguard guns, have blown the meta pretty wide open. Despite that, there is a dark horse of a weapon that is currently leading the way when it comes to win rates on Caldera and Rebirth Island.

While the STG44 and MP40 continue to dominate the Warzone meta when it comes to their popularity, the win rate master is currently something of a hidden – or maybe, forgotten – gem. However, a handful of clearly high-skilled players are using it in their loadouts to devastating effects, meaning it now has the best win rate of any primary weapon in Warzone. We’re talking here about Modern Warfare’s JAK-12 shotgun.

Yep, even though Warzone is brimming with powerful close-range SMGs right now, it’s the JAK-12 that currently has the best win rate. In regular battle royale lobbies on Caldera, its win rate sits at 4.11, just above two of the best Warzone guns in Season 3, the Owen Gun and the Armaguerra 43, according to stats from WZRanked. In Resurgence game modes though, it’s even better, with a win rate of 11.11.

As well as the chart-topping win rates, the JAK-12’s K/D ratio is also the ninth best in Resurgence modes and fifth best in battle royale modes.

Despite its clear potential to destroy opponents and clutch up games – as is perfectly demonstrated by this recent JAK-12 Warzone loadout from ‘IceManIsaac’ – the shotgun is currently used in only a tiny percentage of players’ loadouts. In Resurgence modes, it’s just half a percent, while in battle royale lobbies the JAK-12 is only appearing in around 0.3% of loadouts.

So, while it might not be the most popular weapon in the Warzone meta, it’s certainly one of the best. If you have it unlocked, it might be worth levelling it up and giving it a go. However, with this being a Modern Warfare-era gun, that might be easier said than done for some players. With its strength now also clear to see, it could soon fall victim to a nerf in the next set of Warzone Season 3 patch notes.