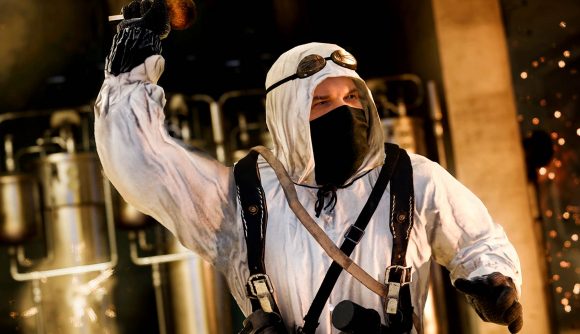 Call of Duty Warzone Pacific Season 2 is almost here – in a matter of hours, one of the best competitive FPS games out there is going to get another major content update. Raven Software is introducing three new guns to the Warzone meta and there are more secrets to uncover in Caldera. The Warzone Pacific Season 2 release date is today, February 14, so there’s not long to wait now.

Although, when exactly does Warzone Pacific Season 2 start? Well, this season’s update is going to be released a little later than usual. We understand that the Warzone Pacific Season 2 update time is 9am PST / 12pm EST / 5pm GMT on February 14. Things could change at the last minute, so it’s worth keeping an eye on official channels for the latest information – however, preloading is available now.

When Season 2 is live – and you have the update downloaded – you should be able to start levelling the Season 2 Battle Pass. Two new weapons will be available for free from Tier 15 and Tier 31 – all you need to do is level up to unlock them. The Whitely LMG is a powerhouse and the KG M40 assault rifle could quickly make its mark on the meta.

It’s not all about new guns, though. Raven is adding several new features to Warzone Pacific in Season 2. Bomber Planes and Nebula V ammo are being added to Warzone’s offensive options while Redeploy Balloons and Portable Contamination Stations will be scattered throughout Caldera to support squads gunning for a victory.

Raven is also adding a new POI, Chemical Factory, and several bunker-like underground Axis chemical weapons research labs. We don’t know where these Warzone Pacific research labs are yet, but we do know they’re going to be hotspots for loot. You’ll need to be careful, though. Just like Verdansk’s bunkers, there’s only one way into – and one way out of – these labs.

With Caldera Clash – a large-scale TDM – coming to Warzone Pacific at the start of Season 2, there’s never been a better time to check out our guide on the best Warzone guns available right now. Having a strong loadout will set you on the right track for your first win of Warzone Pacific Season 2.