Call of Duty Warzone Pacific Season 2 is here and Raven Software is taking things up a notch with new underground chemical weapon research labs opening up across Caldera. The sunny Pacific island has never been more dangerous – but what do we actually know about these new locations so far? Here’s everything we know about Warzone Pacific research labs locations, loot, and what they mean for the future.

With only one way into these new locations, delving into the depths of Caldera’s hidden research labs is going to be a high-risk, high-reward play for you and your squad. Intel from a Call of Duty blog post reveals that “phenomenal loadout items”, including Warzone’s new Nebula V Ammo pickup, can be found inside. So, if you want to get a leg-up in the early game, the research labs could be the perfect place to drop – provided you can find them.

Thankfully, finding these locations isn’t going to be an impossible task -. Eagle-eyed players are already spotting unusual locked hatches throughout Caldera that will likely be the entrances into the underground research labs.

So, where are these Warzone Pacific research labs locations and do the locked hatches matter? Here’s all the information we have so far.

From the aforementioned Call of Duty blog post, we know that there will be a total of seven research lab locations to discover in Warzone Pacific at the start of Season 2. These labs are being used by Axis forces to facilitate the development of chemical weapons – namely Nebula V, a possible precursor to the Black Ops series’ Nova 6 gas.

The blog post also mentions that Axis Forces are “guarding [the research labs] with small squads of soldiers”. This signals the return of NPC soldiers in Warzone – something we haven’t seen since the introduction of Nakatomi Plaza and the Deal Gone Wrong in-game event. Raven Software has confirmed that this is the case in the Warzone Pacific Season 2 patch notes.

Following the Season 2 update, we now know the location of all seven Warzone Pacific research labs. As expected, several of the unopened hatches found across Caldera have opened to reveal these new underground locations.

Looking at a map of all the known hatch locations from Killer Stidge and Call of Duty Fanatics, we know that the following are now open and where you’ll find research labs:

There is also an additional previously undiscovered hatch now open in the centre of the Runway POI. 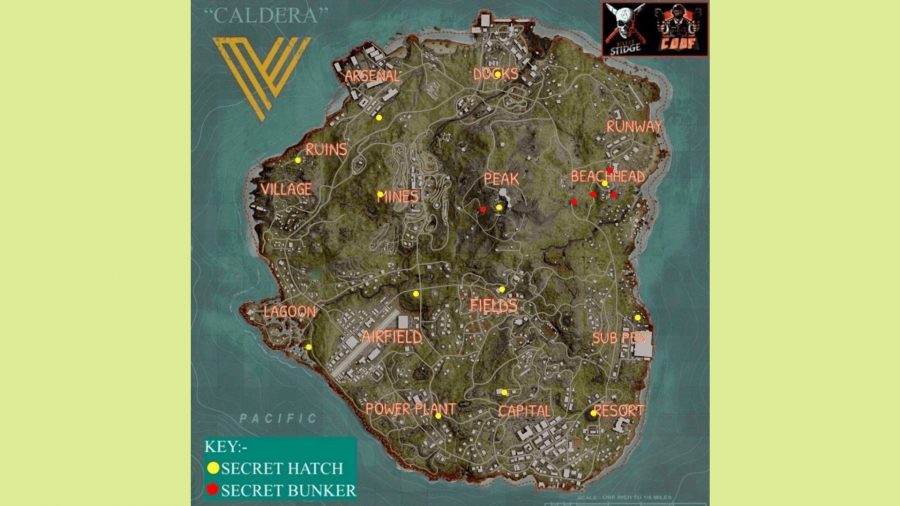 Currently, 13 hatches have been discovered in Caldera – spread throughout the map’s POIs. Interestingly, there are still six locked hatches waiting to be opened. This could hint at more underground facilities later down the line.

Warzone Pacific’s new research labs are going to be a hot spot for great loot for players brave enough to take the risk of exploring them.

Nebula V Ammo and Gas Masks are mentioned, but these locations could be the perfect place to find other important items like Armour Satchels, high-rarity weapons, and cash.

That’s all we know about the Warzone Pacific research labs locations and what loot they’ll contain ahead of Season 2. As more information surfaces, we’ll update this guide for you. With any luck, these labs are just the start of an exciting adventure for Warzone players in Caldera.