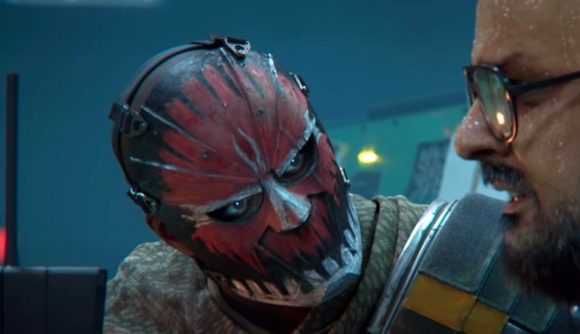 If you’re bored of helicopters, trucks, buggies, ATVs, or a free train ride to get around the map in Call of Duty: Warzone, we come bearing (potentially) good news! During last night’s Summer Game Fest showcase, the Season 4 trailer for Black Ops Cold War and Warzone premiered, and eagle-eyed viewers spotted a brand new vehicle being used in the cinematic footage.

In a number of shots, Warzone operators could be seen tearing about on motorcycles, a vehicle type that would be a first for Warzone but that is present in Black Ops Cold War right now. While the new vehicle type hasn’t been officially confirmed, it would be odd to see motorcycles in the trailer, only for them to not be added.

At every point in the trailer that we see motorcycles, only one Warzone operator is riding one at a time, potentially hinting that this could be Warzone’s first single-player vehicle. However, there does appear to be enough seat space behind the driver for a passenger, so it could also be a two-player vehicle like the ATV.

You can see the potential new vehicles at 0:41 in the Warzone Season 4 trailer below.

It will be interesting to see whether there will be any differences or benefits to using the motorcycle than the ATV, such as quicker top speed or tighter turning circles.

Regardless of what it will be able to do, a new Warzone vehicle will certainly be refreshing. With exception to the addition of the train that trundles around the map, and those horrendously overpowered attack helicopters, Warzone has seen little innovation in the vehicle department since launch over a year ago.

Raven Software will be keen to start experimenting with new vehicles though, if a recent report claiming Warzone will get a new Pacific map later this year is anything to go by. The leak suggests that the Pacific map, which will launch alongside the next main-series CoD title later in 2021, will be “significantly larger” than Verdansk and include new modes of transport.