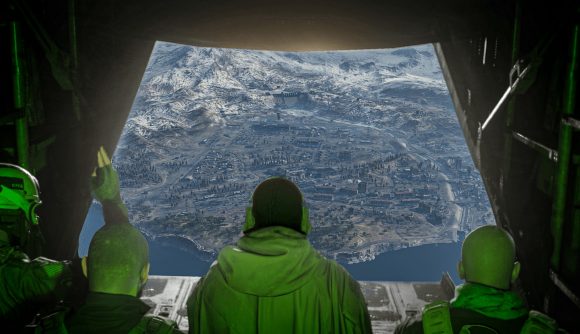 Call of Duty: Warzone will be getting a new, World War 2-era map later this year to coincide with the release of the next main-series CoD title Call of Duty: Vanguard, according to a report by VGC.

In its report, VGC says the integration of the new Call of Duty game and Warzone should go far more smoothly than the previous one with Black Ops Cold War. Numerous bugs and weapon balancing issues plagued the Cold War guns for some months after they were added to the battle royale, and we got the 1980’s-themed update to the Verdansk map several months after Black Ops Cold War released.

However, a completely new map (not a reimagining of Verdansk) will be arriving when Vanguard releases, and all the relevant integration will be much easier as both games run off the same engine. The Warzone WW2 map will be set in the Pacific arena of the conflict, according to VGC. In terms of location and appearance, this is the only detail we have so far.

However, it is also reported that the WW2 map will be “significantly larger” and more ambitious than the current battleground of Verdansk. Because of its size, there will also be new vehicles added to get around faster.

It’s not yet clear whether the bigger battlefield will result in a larger player count in regular lobbies. Currently, standard battle royale modes in Verdansk contain 150 players, but 200-player limited time modes have been trialled before.

The fact that the next integration between a new CoD title and Warzone should go far smoother than the previous one will be exciting enough for players, but the fact an all-new, larger-scale map is also in the pipeline will be even bigger news.