Call of Duty: Warzone has always struggled a bit when it comes to in-game events, often leaving its community underwhelmed. The map transition from the original Verdansk to the 1984 version built to a climax that was served up as a distant mushroom cloud and a cutscene, and the reveal of Call of Duty: Vanguard earlier this month tasked players with, erm, shooting at a train for 15 minutes.

When it comes to limited time events, whereby a themed period of content and challenges is offered, things aren’t much better either. Past LTEs, such as Ground Fall involving the downed satellites and the Hunt for Adler using repurposed Scavenger contracts, offered rewards for completing just three relatively simple challenges, and was included only to prop up the game’s narrative for that season.

On seeing the Season 5 roadmap, though, I was hopeful that the latest limited time event, The Numbers, would be different. The mystery surrounding the numbers has captured imaginations ever since the original Black Ops game all those years ago, and a cryptic easter egg involving Red Doors and graveyards that dropped a couple of weeks ago suggested that maybe there was more to be discovered.

But, as you’re probably all aware by now, that is not the case. While there are a whopping nine challenges to complete in Warzone to get the grand prize of the new Dual Sai melee weapon, they are pitifully unimaginative, laborious, and unsatisfying to complete. All you have to do is drop in to each of the nine Mobile Broadcast Stations, stand vaguely near them, and listen to the broadcast. That’s it – there’s no requirement to fight other players, defend the Broadcast Stations, or crack any codes – you just need to stand there and look pretty.

What’s maddening is that over in Black Ops Cold War, the challenges for The Numbers are far more engaging and challenging, although they admittedly swing the other way in that they have nothing to do with the narrative of the event like the Warzone ones do.

As Fortnite continues to dazzle the industry with the events it hosts in-game, and as Apex Legends continues its decent form with seasonal events (minus the current server issues plaguing the Season 10 event, of course), Warzone is being left further and further behind. 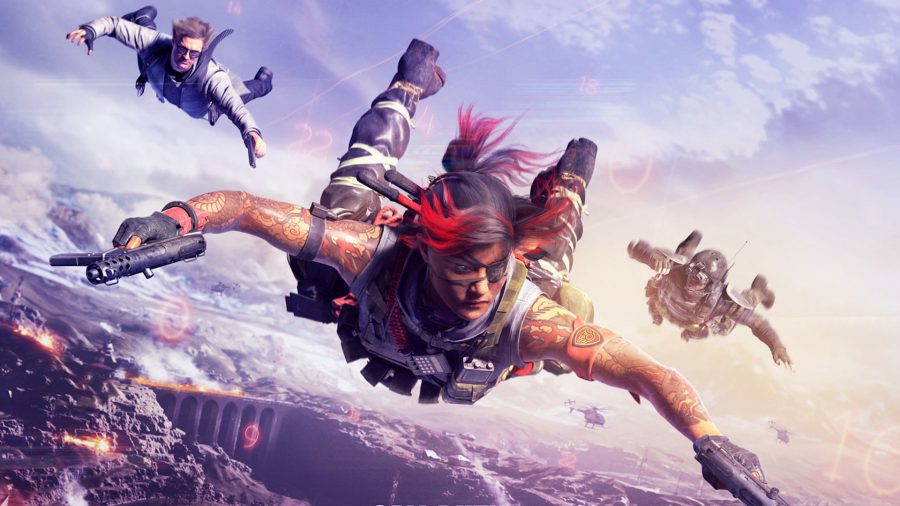 Playlist updates and new modes like Iron Trials do help keep things fresh, so there isn’t much danger here of a mass exodus. But when it comes to meeting players’ expectations with live or limited time events, Warzone has always been pretty dire. The laziness in the execution of The Numbers, which had so much potential to be an easter egg-crammed, mysterious, and engaging event, also has me worried for Season 6.

As Raven Software inevitably knuckles down on preparing Warzone for its integration with Vanguard and the new Pacific island map, don’t expect the Black Ops Cold War era of Warzone to finish with a flourish. The Numbers is disappointing, but I fear yet more lacklustre events are on the horizon. And when it eventually comes to the moment where we say goodbye to Verdansk and head to the Pacific, I’m preparing myself to be as underwhelmed as I was senselessly pummelling rockets into that train just a few weeks ago.

I hope to be proven wrong, but that’s where I can see things heading. I’m sure as more and more resources are poured into Warzone by Activision and Raven, we will eventually see an improvement in this area. But will that come soon enough to give Verdansk a fitting and memorable send off? I doubt it.