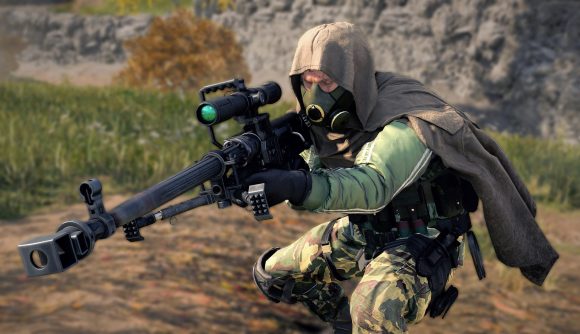 Call of Duty: Warzone’s loathsome gas masks manage to rile up players for a number of reasons. Whether it be the pesky animations or a bug causing it to not give you the gas protection it should, issues with the gas masks in Warzone are frequent.

However, the worst of them all is the infamous gas mask exploit, which grants players unlimited use of a single gas mask, allowing them to remain in the storm for as long as they please – similarly to the horrendous stim glitch. While players have recently been full of praise for the game’s newly-balanced and open meta, which has seen the list of the best Warzone guns grow considerably, this week has seen plenty of matches ruined by players using the exploit.

Now though, it appears developer Raven Software has taken action on the exploit, which has reared its head before in earlier Warzone seasons. In a tweet and an update to its Trello board, Raven says it has rolled out a fix. Huzzah!

It’s currently not clear if the exploit could be triggered randomly – as was the case with the last time it plagued Verdansk – or if players could follow a series of steps to make it happen. Either way, it should (hopefully) be a thing of the past – though as we’ve seen with Warzone bugs and exploits in the past, it could very well return.

🛠️ A #Warzone fix is rolling out addressing an issue that was allowing players to use the Gas Mask indefinitely.https://t.co/TyCLX4jq7j

According to the Trello board, Raven is still “monitoring” the fix to see if it has worked.

With Warzone players generally happy with the direction the battle royale is going in, Raven will want to keep stamping out these issues as quickly as possible to keep the community on side.