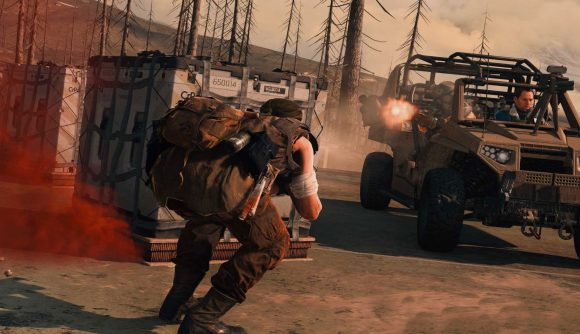 A new pre-match lobby loadout selection feature has been pulled from Call of Duty: Warzone after it caused numerous bugs.

As part of Warzone’s Season 4 Reloaded update, a new feature was rolled out which allowed players to choose and edit custom loadouts in the pre-game lobby. This means when you open a loadout drop in the match, your desired loadout is presented to you instantly – cutting down on time faffing about in the field.

Developer Raven Software however has since removed the feature after it inadvertently caused a number of bugs, including spawning players into standard battle royale matches with their loadout equipped and a Dead Silence exploit where players could remove the sound of their footsteps infinitely.

In a response on Twitter, Raven Software confirms it has removed the pre-game lobby loadout feature but promises it will return at a later, unspecified date.

“We have pushed an update to remove the pre-match lobby Loadout selection,” the tweet reads. “Players will no longer begin a match with their Loadouts. This also resolves an issue with infinite Dead Silence in core BR modes.

“We will re-enable this feature at a later date.”

Dead Silence is the most overpowered field upgrade in Warzone, even before the exploit (as shown by Reddit user Dandolol above). Raven has promised to address the issue in a future update, by adding new perks and making adjustments to the High Alert perk so players using it can hear Dead Silence footsteps.

The Season 4 Reloaded update tweaked 50% of Warzone’s primary weapons, in one of the biggest balance adjustments the game’s received yet. The new update also brought plenty of additions to Black Ops Cold War, including the Tactical Nuke scorestreak in multiplayer and zombies map Mauer Der Toten.