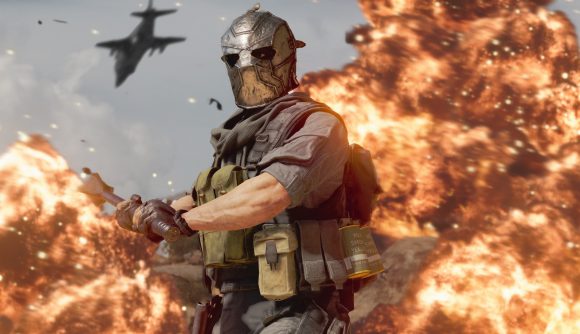 The tactical nuke has always been the most prestigious killstreak in Call of Duty multiplayer, originating in Infinity Ward’s Call of Duty: Modern Warfare as a hidden secret, before being implemented as an unlockable after 25 consecutive kills without dying in its sequel, Modern Warfare 2.

There have been variations  of it in subsequent entries, and now Black Ops Cold War has received its own terrifying nuclear weapon. After being added as a hidden bonus in Cranked Hardpoint back in May, Treyarch has made the tactical nuke killstreak widely available across numerous multiplayer modes. In Black Ops Cold War, the nuke will be unlocked after a 30-kill streak, although it won’t be available in League Play, Multi-Team, Party Games, and Gunfight modes.

Unlike Modern Warfare 2’s nuke, it won’t bring matches to an end. Treyarch clarifies on Twitter that it will “wipe all players” when detonated across all modes in Black Ops Cold War, but won’t terminate the match.

So… we might have gotten a little carried away with the original description. To clarify:

The Nuke will NOT automatically end the match in respawn modes, but *will* wipe all players when the Nuke detonates in all modes. ☢️

There’s a bunch of other additions coming in the Season 4 Reloaded update, including new Zombies map Mauer der Toten, 6v6 map Rush, Capture The Flag, and a paintball mode arriving later after launch on July 15. You can find the full list of additions here.