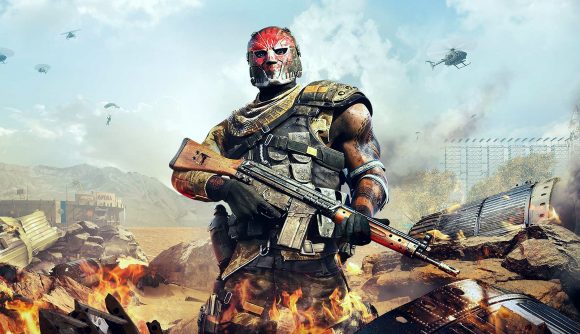 Call of Duty: Warzone’s weapon attachment system has consistently thrown up some unusual bugs over its lifetime. From blueprint variants that deal more damage than they should, to off-centre sniper scopes, players frequently discover oddities with guns that use a certain attachment.

With Warzone’s biggest ever weapon balancing update happening last week for Season 4 Reloaded – in which half of the game’s primary weapons were buffed or nerfed – there was always scope (if you’ll pardon the pun) for a few more bugs to appear as a result of all the tweaking.

One of the most widely noticed and reported bugs since the Season 4 Reloaded update involves the C58 assault rifle. The C58, alongside other balancing changes, fell victim to a recoil nerf, making it harder to control. However, the recoil nerf appears to not apply when using the Royal & Kross 4x optic.

As was proven by Warzone content creator ‘JGOD’, the recoil pattern of the C58 using the 4x scope compared to other scopes was drastically different.

We’re aware. This will be addressed very soon.

Enjoy the rest of your weekend!

Since posting his findings to social media, Warzone developer Raven Software has confirmed it is “aware” of the issue, and that it will “be addressed very soon”.

So if you are running a C58 Warzone loadout at the moment, pop on a cheeky 4x scope and fell the benefit of some glorious low recoil before it gets patched up in the near future.