It’s finally here, everyone. Call of Duty Vanguard Zombies finally has a round-based map and it’s fantastic. We know a lot of people want to know about the Warzone Season 4 weapon changes, but they aren’t the only thing worth talking about in this update. We want to talk about Shi No Numa; The iconic swamp-based map is the first (and maybe only) round-based Zombies experience in Call of Duty Vanguard. If you want to check out the new quest, but you don’t want to faff about trying to find hidden items, we have everything you need to know about the Vanguard Zombies Shi No Numa easter egg right here.

Completing the new Vanguard Zombies Shi No Numa easter egg isn’t going to be a walk in the swamp, but if you’re an experienced Zombies player, you should find the below fairly simple. If not, don’t worry about it – we have everything you need to know below. All you need to do is worry about not being eaten alive!

If that sounds like something you can handle, keep reading for a full step-by-step guide on how you can complete the new Zombies quest and find out where Treyarch is taking us next.

Are you locked, loaded, and ready for hordes of the undead? Here’s everything you need to do to complete the Vanguard Zombies Shi No Numa easter egg:

First things first, you’re going to need to follow the on-screen prompts to search the Dig Site. This is a new area for Shi No Numa veterans, but you can get there through Storage or Comms Room. Both routes will be sign-posted with an objective marker. 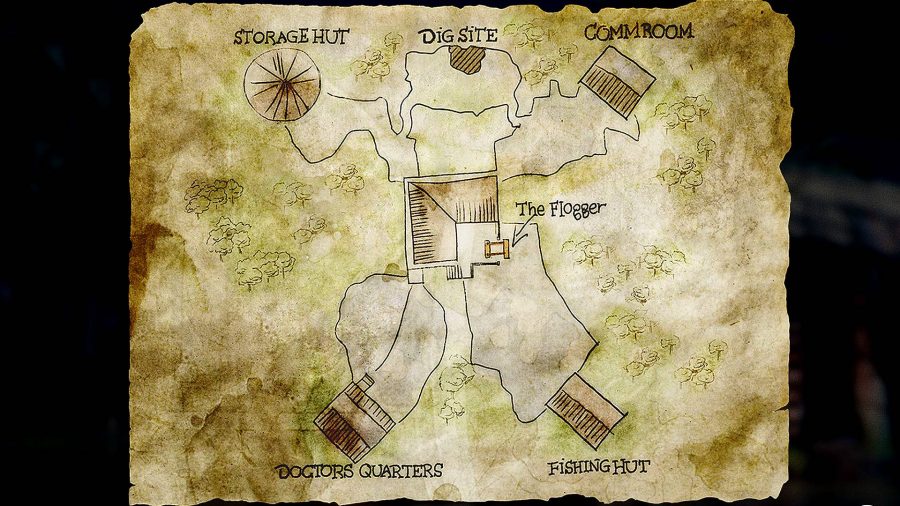 When you’re in the Dig Site, you’re going to need to find three Cypher Wheels. There’s one in Dormitory on a bedside table next to a lantern. The second is on the table in front of the Pack-A-Punch machine in Dig Site. The third Cypher Wheel is in the Doctor’s Quarters, in the corner next to the Max Ammo box.

For the next step, you need to be at Round 5 or above. When you are, head to Doctor’s Quarters Exterior and activate the Monolith by killing a Boom-Schreier in front of it. The explosion should remove the mystic barrier from the Monolith and let you insert all three Cypher Wheel parts.

Before you start to solve the puzzle that these Cypher Wheel parts present, you need to start building the Wunderwaffe DG2 wonder weapon. Thankfully, you can pick up the parts in any order – so, this shouldn’t be too hard to do.

The first Wunderwaffe DG2 part can be found in Fishing Hut, on the right behind the door. You will then need to insert this weapon piece into the base of the Radio Tower in Comm Room Exterior.

Then, the second Wunderwaffe DG2 part can be found in Comm Room, you will need to interact with a Radio in the room behind the buyable perk.

This will allow you to pick up the Wunderwaffe DG2 weapon barrel part and, once you return to the radio in the Comm Room, the charged vaccum tube.

This isn’t the last step though. You will then need to pick up an Electrical Fuse from the other room in the Comm Room, head to the Storage Hut, and then activate the trap. You will need to repair the trap with the Electrical Fuse you’ve just collected.

Following this, you will need to get a set number of kills using this trap to power the second Wunderwaffe DG2 weapon part on the weapon build station just behind it. 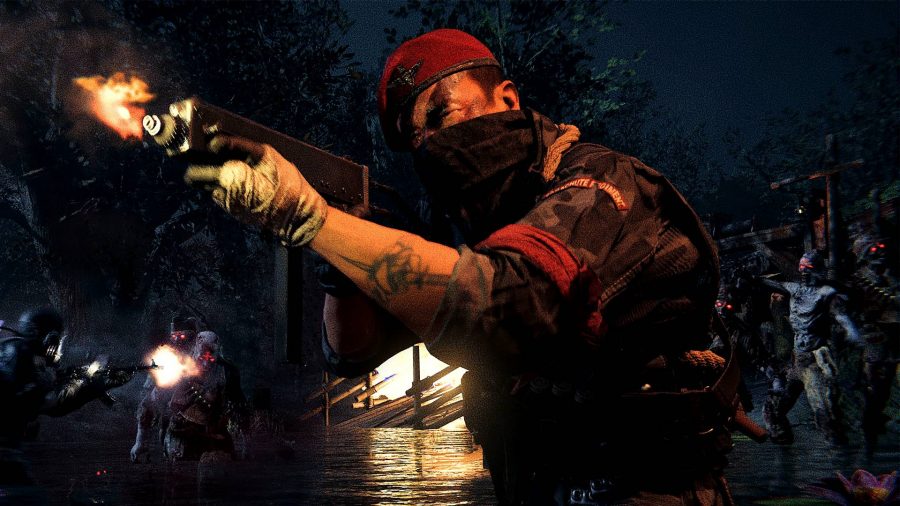 Anyway, back to the puzzles. You’re going to need to find three Cypher Symbols to complete this one. These are symbols on paper attached to a clipboard – you can’t miss them. They spawn in the same place every game, but the symbols they show are different. So, you’ll still need to go and find them each time.

Now comes the hard part. When you have all three Cypher Symbols noted, you will need to head to the Doctor’s Quarters and find a Half-Finished Cypher on the table to the right of the perk spawn.

To reveal the complete Cypher, you will need to throw something flammable at the table – a voice line notes that this is written in invisible ink.

This Cypher will reveal a set of fifteen Cypher Symbols. These don’t change in-between games – so, just taking a photo of this will sort you for any future Vanguard Zombies Shi No Numa easter egg attempts.

Each Cypher Symbol will be linked to another symbol on this Cypher. When you work out which symbols the three Cypher Symbols you have found are relevant, you need to head back to the Monolith and rotate the Cypher Wheel puzzle until all three relevant symbols are located 12 o’clock on the wheel – up the middle, basically.

It’s worth noting that zombies will ignore you if you’re playing on Solo – so, don’t worry about taking your time to get it right.

Right, back to this pesky Wunderwaffe DG2 – right?

For the third part of the Wunderwaffe DG2, you’re going to need to get to Round 15. Once here, you will need to face off against Zaballa the Deciever.

She can be tough, but you need her to use her electrical attack to charge a machine in Excavation Room – it’s on the wall opposite the door to Storage. You’re going to need her to do this roughly three times to fully charge the machine. Then you can do her in and pick up the charged cell, which will let you build the Wunderwaffe DG2 back in the Storage Hut.

Now, you need to make sure you’re prepared for a fight and head back to the Monolith in Doctor’s Quarters Exterior.

Once you interact with a glowing headstone, you will start the ceremony. Spooky, right? This is basically a lockdown zombie-killing exersize, so nothing new. However, you’re going to need to kill zombies with a blue mist using the Wunderwaffe DG2 – that’s the important part. 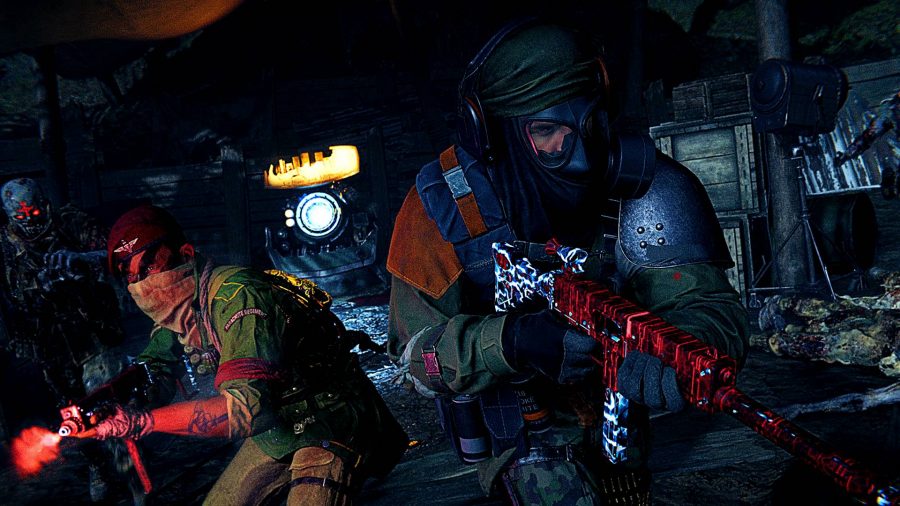 Before you find the Mirror Fragments, you need to drink Zombie Blood.

Once you’ve done that, you need to find a Red Orb somewhere in the main building. This changes, but it should be obvious once you find it. As you might imagine, you’re going to need to follow this orb and then pick up the Mirror Fragment – just make sure you’re doing this while drinking Zombie Blood.

Then, you need to head to the War Room (while under Zombie Blood benefits) and check out a map next to the Max Ammo box to find where you need to find the second Mirror Fragment.  This might be hidden in the ceiling somewhere, but you can shoot it down to pick it up. So… An explosive should save you the trouble of searching.

When you’ve done this – and you’re all perk-ed up, you need to head back to the Dig Site.

You will need to place the two Mirror Fragments down on the pedestal in the middle of the Dig Site, triggering another voice line and a prompt to charge up glowing podiums.

When you interact with a glowing podium, an orb will shoot up into the air and head to one of the main four huts in Shi No Numa. You will need to find these orbs in areas outside of the map – for example, by looking behind Storage Hut from Storage Hut Exterior – and shoot it three times.

For each player, there will be three orbs to shoot in the area that it has moved to. So, this could take a while if you’re playing with your friends. Shooting each orb three times will force it to return to Dig Site and lead us onto the final step… 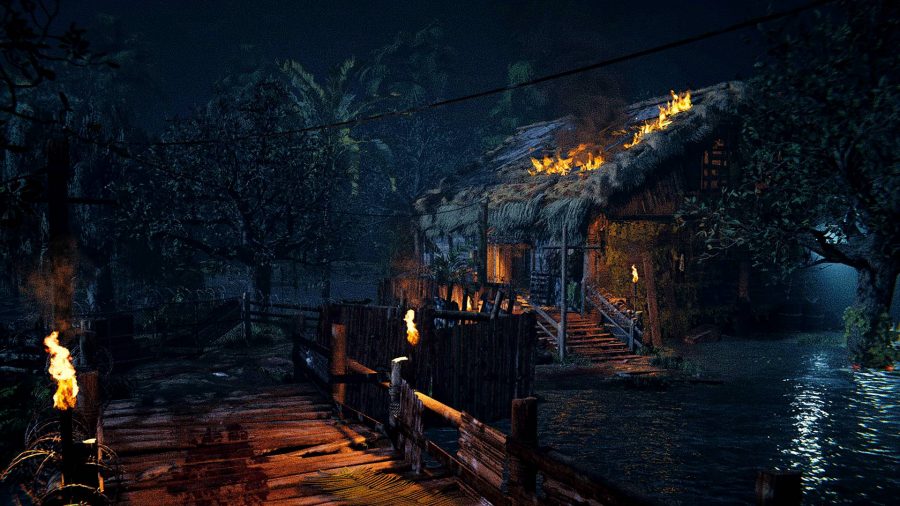 When you’re ready to do this, you will need to “Summon Echo” by interacting with the glowing podium.

This will trigger a three-stage boss fight – against Saraxis. Heartbreaking, we know.

For Stage One, you will need to kill zombies with a blue mist using the Wunderwaffe DG2 in the bottom level of the Dig Site – around the central podium where you placed the Mirror Fragments.

This will spawn a bubble, of sorts, where you can deal damage to Saraxis. You both need to be inside the area to do damage, so you may have to wait for her to move inside. You may need to repeat this step several times.

For Stage Two, you need to kill Boom-Schreiers with blue mist using the Wunderwaffe DG2. It’s the same steps as before, just by killing Boom-Schreiers instead of normal zombies.

And, for Stage Three, it’s Sturmkriegers. Same steps, just with the harder enemy. Then, some congratulations are in order because you’re done!

Well, that’s all you need to know about completing the Vanguard Zombies Shi No Numa easter egg. As always, thanks to MrDalekJD for his walkthrough – which you can watch below: 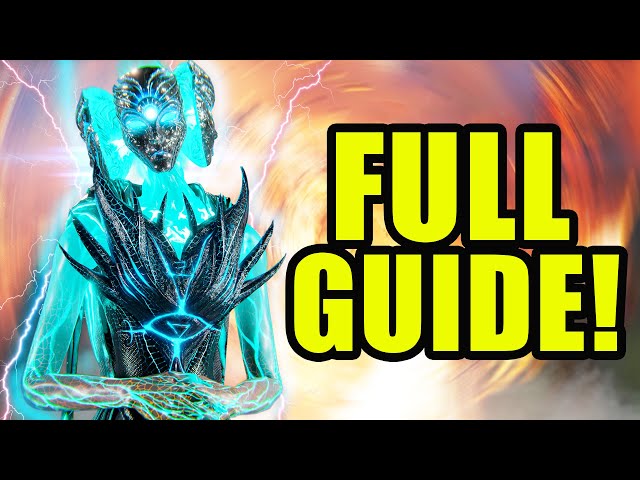 We know that there are a lot of steps to this, but once you get the hang of where things are, you should be able to defeat Saraxis in no time! If you’re thinking about heading back to the battle royale, though, why not check out our guide to the best Warzone loadouts and best Warzone guns here.