There’s something extremely satisfying about taking out an enemy with a quick burst of fire in Call of Duty – or any shooter in fact. Lining up your target’s bonce and sending three or four rounds into the back of their skull with a single pull of the trigger, taking them out of the game is a feeling only matched by that one-shot kill from a well-placed sniper round.

Long before the best M16 Warzone loadout of today existed the Breda PG – the very first burst-rifle to ever be manufactured. In Call of Duty Vanguard, this Italian-made semi-automatic assault rifle is known as the ITRA Burst. While it might not feature on our best Vanguard guns list right now, this incredibly-potent Vanguard ITRA Burst class could very well make us turn our heads.

With this Vanguard ITRA Burst class, you’ll be able to cleave down single targets even from medium-long range with a single burst. However, as with any burst rifle, the delay between each quartet of rounds means you’re going to need to be accurate, or else find yourself mowed down by your prey before you get another chance to fire.

Without further ado, here is the Vanguard ITRA Burst class that you should be running right now, courtesy of KARNAGE Clan’s ‘Hero’.

Naturally with any burst rifle, you want to try and up the fire rate where you can – this is where the Recoil Booster comes in. Thanks to the pretty hefty +2 bonus it supplies, it’s difficult to recommend anything else muzzle-wise. 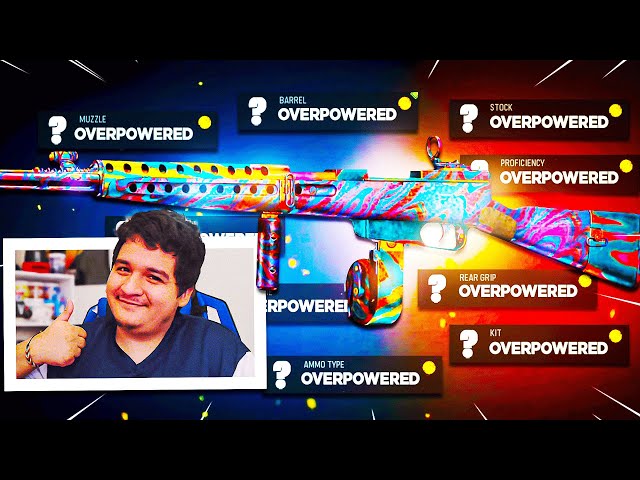 The Botti 270mm CXIII-P will pretty much guarantee you that single-burst kill thanks to the bonuses it grants to headshot damage and accuracy. However, if you don’t completely back yourself every time, take the Imerito 180mm 02BI instead. The key stats the Imerito offers are improved recoil recovery and reduced burst fire delay, potentially giving you another chance to get that one extra burst you need to win a duel off before you meet your maker.

Stock-wise, the Imerito Custom will give you that extra control, especially when crouched, mounted, or prone. To really amp up the recoil control, slap a Carver Foregrip on the underbarrel and you’re good to go.

With four rounds spouting from the Vanguard ITRA Burst class at any one time, it makes sense to up the potential number of kills you can get out of each magazine. The 8mm Klauser 32 Round Drums are ideal if you want to maximise your damage, though the .303 British 32 Round Mags are also fine if you really want to boost recoil control, accuracy, and fire rate.

We’d recommend using the Klauser Drums if you’re going for the Botti barrel, and the British Mags if you’re playing it safe with the Imerito.

As for what you want to load those magazines with, go for Subsonic ammo with the Klauser Drums, or Lengthened for the British Mags – you’ll be getting increased concealment from the British Mags anyway, so it doesn’t make sense to take Subsonic rounds on top.

Vital is the proficiency of choice here, as broadening those critical zones will help ensure those slightly stray rounds from each burst will still deal the maximum amount of damage should they hit the upper chest instead of the head. To make sure you never run dry of ammo, take Fully Loaded in your kit slot.

And there you have it, a Vanguard ITRA burst class that is an absolute one-shotting beast. While the main build will absolutely decimate anyone it comes into contact with, you still have ample flexibility in this build just in case you’re still working on hitting those shots.