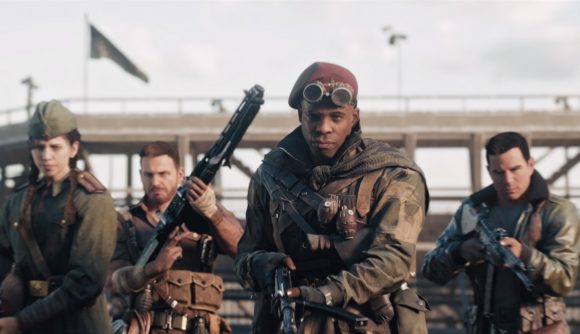 Recent Call of Duty games, such as Modern Warfare, Black Ops Cold War, and even Warzone as a standalone battle royale, have been slammed for their enormous file sizes. While Activision has rolled out a few updates over time to shrink the size of these games, they still take up a huge chunk of storage space on consoles and PC.

However, with players fed up with cleaning up their drives – or even buying new ones altogether – to make way for the lardy file sizes of CoD titles, Activision has made changes for Call of Duty: Vanguard to make it much kinder on your hard drive.

Activision claims in a tweet that Call of Duty: Vanguard’s file sizes will be “significantly below previous Call of Duty titles”, estimating that the game will take up around “30-50%” less storage space. The tweet only mentions new-gen console and PC versions of the game will benefit from this, so it seems as if last-gen players could still be left with chunky file sizes.

The publisher says it has managed to shrink Vanguard’s footprint thanks to “on-demand texture streaming” technology. This is a new feature that would likely struggle to be applied to last-gen versions, hence why there was no mention of the PS4 or Xbox One in the tweet.

New on-demand texture streaming tech expected to save up to 30%-50%+ on next-gen console and PC hard drive disk space 💥 pic.twitter.com/oYZoyIDTuO

The news of smaller file sizes will be welcomed by Call of Duty fans. While Vanguard will still likely be one of the largest games on your hard drive, it will at least leave a little extra room for some of our best PS5 games and best Xbox Series X games too.

It should also mean that download times for Vanguard will be shorter than anticipated, so expect to jump in relatively quickly come the Call of Duty: Vanguard release date.