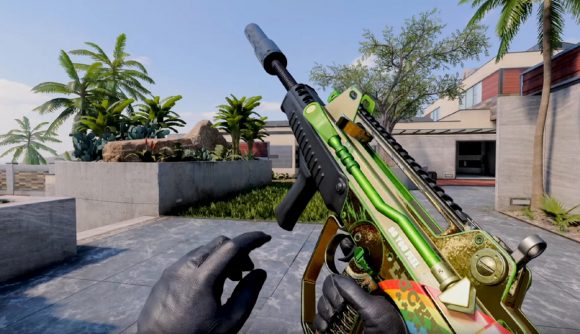 Call of Duty: Black Ops Cold War players will feel one of two ways about the FFAR. Some players will enjoy running around Crossroads with the overpowered assault rifle, but others will rue the day the weapon was added to the FPS game.

However, Cold War developer Treyarch Studios has announced the FFAR 1 is one of at least 12 weapons being tuned in an update next week. The update will also make adjustments to Light Machine Guns as a whole class, and buff Rocket Launchers when they are used against opponents wearing Flak Jackets in Hardcore mode. The latter was especially in need of a buff, so we’re excited to jump into a 3v3 Face Off to see rockets blazing across the sky in every direction.

Sadly, the Cold War tuning of the FFAR, which we can imagine will almost certainly be a nerf, won’t affect its devastating performance in Call of Duty: Warzone. It is one of the best Warzone guns right now, and if you run into anyone using the best FFAR 1 Warzone loadout, you’ll soon know about it.

The news that the LC10 is getting tweaked will be music to the ears of anyone playing League Play in Black Ops Cold War. The SMG has been terrorising the ranked mode, and we can only imagine it will be nerfed in this patch.

Treyarch didn’t tell us exactly when the update would be dropping, but we’ll be able to read the patch notes on Monday, March 29 which will explain the precise changes to each weapon and when we can expect to see the update. You can read the full list of weapons which will be tuned here:

Tuning scheduled for the following weapons next week:

While players may be aggrieved to see their favourite weapon up for changes – or their least favourite noticeably absent – Treyarch hasn’t shaken up the meta for a good while, so we’re excited to see what a new meta might look like.

We’ll keep you updated with everything the patch notes reveal and what it could mean for the weapon meta when we find out more next week, but for now you’ll just have to cross your fingers and wait and see.