Ahead of Call of Duty: Black Ops Cold War’s release date in November, developers Treyarch dropped a massive reveal of the game’s multiplayer on September 9. The reveal show saw members of the development team go through every element of multiplayer before unleashing dozens of streamers and pro players on the game’s servers.

On Twitch alone, streams of the multiplayer reveal and gameplay peaked at over 700,000 viewers, according to Esports Charts Pro. But with all that excitement and a mountain of information dumped on Call of Duty fans, there might be a few bits you missed. Well, we’re here to plug the gap. We’ve rounded up all the maps, modes, weapons, perks, and more into one handy spot for you.

There’s plenty of aspects you’ll recognise from both the previous game, Modern Warfare, and from Black Ops games of old. So here’s a complete rundown of everything Treyarch packed into its Call of Duty: Black Ops Cold War multiplayer reveal.

Thanks to Treyarch and Activision letting dozens of streamers, YouTubers, and pro players loose on Black Ops Cold War’s alpha, there’s loads of multiplayer gameplay footage out there right now.

Some key aspects that were highlighted about the multiplayer modes’ gameplay is that sliding is back, weapon mounting from Modern Warfare has been scrapped, and all players have 150 health points with gradual auto-healing.

You can see the full official reveal below, but check out YouTube videos or Twitch VODs from creators like Nick ‘NICKMERCS’ Kolcheff or pro players like Chicago Huntsmen’s Seth ‘Scump’ Abner to see how they feel about it.

While more may be added either at launch or throughout the game’s lifespan, Black Ops Cold War’s multiplayer alpha had a total of 17 weapons for streamers and pro players to use as part of the multiplayer reveal.

These are the currently confirmed Black Ops Cold War weapons:

Gameplay for all 17 Black Ops Cold War weapons was captured by YouTuber Inkslasher in this handy video, where he also gives his opinions on each gun. Spoiler: the AK-74u shreds.

It’s also worth noting that in Black Ops Cold War, shotguns are classed as secondary weapons alongside pistols and rocket launchers.

Black Ops Cold War’s new create-a-class system gives players the most creative freedom ever to customise their loadouts. It will be a solely slot-based system, with Treyarch doing away with the ‘pick ten’ format it used in Black Ops 4.

This means your guns can be stuffed to the brim with attachments in gunsmith and you won’t have to take a hit in the perks or equipment departments. Wildcards also return, which can grant you more weapon attachments, perks, or equipment.

Field Upgrades will also continue on from Modern Warfare, but with a radically different lineup.

You can also modify your classes during a game, like how you can currently in Modern Warfare.

Call of Duty: Black Ops Cold War will have a similar gunsmith system to that found in its predecessor, Modern Warfare. As standard, you can customise each weapon with up to five attachments to set it up how you want.

There will however be a wildcard (more on those in a bit) that will let you increase the amount of attachments on a weapon from five to eight. That means that every one of a weapon’s eight attachment points can be filled with a performance enhancing add-on.

Those attachment points are similar to those in Modern Warfare but some have slightly different names. The eight attachment types in Black Ops Cold War are:

Black Ops Cold War will have a total of 54 attachments available for its weapons. While some were covered up with the signature Black Ops style redactions, we did get a glimpse at some of them, including a variety of underbarrel grips, holo and red dot optics, and even a mounted flashlight. We’re hoping said flashlight is not as game-breaking as the one used on the SG12 shotgun in Black Ops 4, though. We still have nightmares about that…

So with gunsmith remaining pretty similar to Modern Warfare, it shouldn’t take too much adjusting to get to grips with Black Ops Cold War’s weapon customisation. 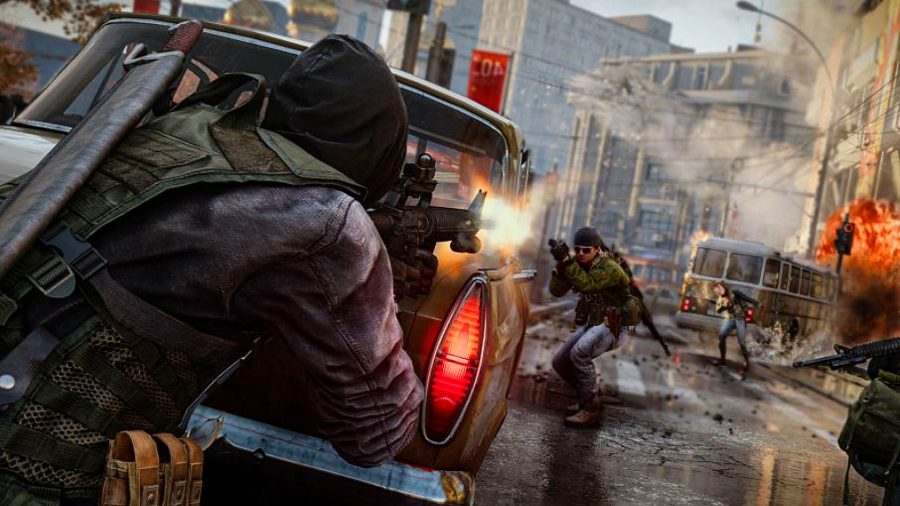 Black Ops Cold War will have nine perks for you to choose from, including the expected CoD staples like Cold Blooded and Scavenger, to renamed perks from older games like Ninja and Quartermaster.

As is the norm in Call of Duty games, there are three categories of perks and you can only choose one from each – unless you pick up certain wildcards, which can either grant you an extra perk from each category or allow you to pick any three from any category.

These are the nine Black Ops Cold War perks:

While most of these are recognisable to most Call of Duty players, there might be one name that doesn’t sound familiar.

Quartermaster sounds like a brand new perk, with the name never being attributed to a perk before in a Call of Duty game. However, it’s just a re-skinning of Modern Warfare’s Restock, which decreases recharge time for equipment.

Wildcards are back in Call of Duty, and there will be four wildcards available for players to run in Black Ops Cold War.

These do everything from running two primary weapons, filling every single slot on your gun with attachments, and hoarding a shedload of perks. 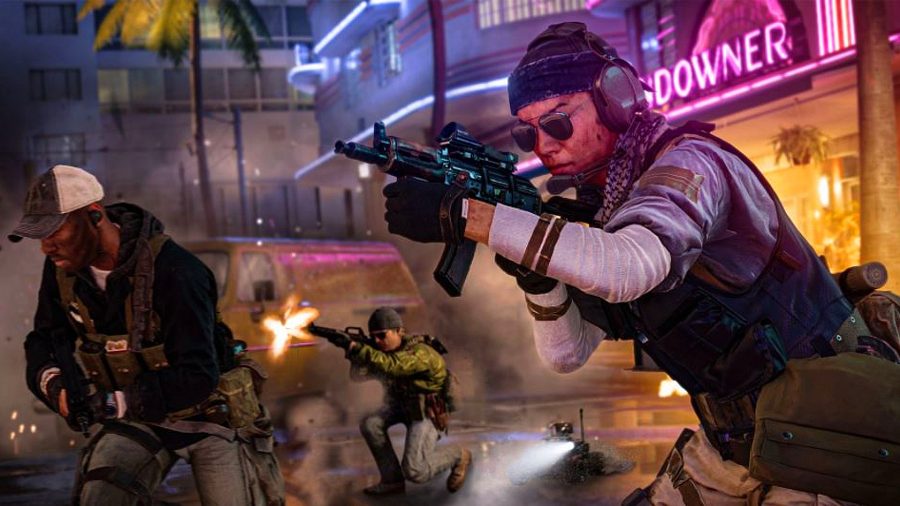 Alongside the usual tactical and lethal equipment will be an item of Field Equipment in Black Ops Cold War.

There will be four items of Field Equipment for you to chose from, and these are solely time-earned rather than score-earned like streaks.

One of the most shocking announcements made during the Black Ops Cold War multiplayer reveal was regarding scorestreaks.

While fans are happy to see a return to score-earned streaks rather than kill-earned streaks in Modern Warfare, the news that your scorestreak points would not reset when you died set off some alarm bells.

The concerns were that the game would be constantly spammed with streaks and that it would not incentivise going on massive kill streaks.

However, while points do roll over after death, measures have been made to balance streaks. First of all, the amount of points needed for the heavy-hitting streaks is very high. Second, streaks will have a cooldown, so you can’t continuously spam the low-score ones like RC-XDs and UAVs. And finally, to reward those popping off, there will be a multiplier to your score depending on how many kills you’ve racked up without dying.

Early feedback from streamers, YouTubers, and pros confirm that these measures have made scorestreaks far less frequent than you’d expect.

As is the norm, you can pick any three of these scorestreaks before a game.

The only one of the seven you may not recognise from previous games is Air Patrol. This sees a few AI-controlled jets enter the airspace and take out the enemy team’s aerial scorestreaks, like Attack Choppers or Spy Planes.

For Call of Duty: Black Ops Cold War, staple multiplayer modes like Team Deathmatch, Kill Confirmed, and Hardpoint will all be in the game, along with some new additions, several larger-scale multiplayer modes, and a returning mode that will get fans of competitive CoD drooling.

After being left out of Modern Warfare and, as a result, the 2020 Call of Duty League season, Control will be making its return. The game mode was a hit with competitive players and was sorely missed in the esports scene after creating some great moments in the Black Ops 4 season.

Brand new mode VIP Escort is Treyarch’s take on the ‘Save the President’ challenges the community often set themselves to spice up multiplayer. This sees your team attempt to extract or take out a VIP, who is equipped only with a pistol, a smoke grenade, and a spy plane scorestreak.

Then there are the larger-scale game modes. Combined Arms will see regular modes expanded, and the only one to be shown off in the reveal was the 12v12 Combined Arms Domination. This adds vehicles like dune buggies, boats, jet skis, and tanks into the mix too. Other Combined Arms modes are expected to be introduced.

Then there’s Fireteam modes. These modes see teams of four compete for narrative-driven objectives on larger maps. The only Fireteam mode announced so far is Dirty Bomb, which sees teams find uranium around the map, use it to destroy bomb sites, and then fight their way through the map avoiding radioactive zones.

During the Black Ops Cold War multiplayer reveal, five maps were shown off in various forms. Depending on which game modes are being played, the maps will be scaled accordingly, meaning for regular 6v6 multiplayer, only small sections of wider maps will be used.

These are the five Black Ops Cold War maps we saw:

While these five maps were the stage for the regular multiplayer modes and Combined Arms Domination, there seemed to be a separate map for the Fireteam Dirty Bomb preview. However, no details were given as to where this map was set, and none of the streamers or pro players had access to Fireteam during the event.

In a surprising turn of events, Treyarch has announced there will be a PlayStation 4 exclusive multiplayer beta for Call of Duty: Black Ops Cold War from September 18-20.

It’s unclear if this will be rolled out to Xbox and PC users in the future.

So that’s everything we’ve got so far on Black Ops Cold War’s multiplayer. With a host of new and returning features, it looks to be the perfect mix for nostalgic Black Ops series loyalists and more recent fans of the Call of Duty franchise.