The announcement and build up towards 2020’s Call of Duty title has without a doubt been the most unusual yet. While new games are usually revealed well before the summer, it took Activision until August to officially announce Treyarch’s Black Ops Cold War as this year’s game. It was also the first time a CoD title was revealed with an in-game event.

Despite this, it has been relatively common knowledge that Black Ops Cold War would be the next title in the franchise thanks to numerous leaks, datamines, and easter eggs. For a game that was only revealed recently, we know a decent amount of information about it. Leakers also continue to predict information about storylines, modes, reveals, release dates, and more.

With all that chatter about the new Call of Duty title, what do we actually know for certain? What is fact, what is unconfirmed, and what is just straight up speculation? Well let’s dive into everything we know about Call of Duty: Black Ops Cold War so far. Strap yourself in because you’re in for a ride.

A teaser trailer was released a day after, filled with clips of landmark moments and symbolism of the Cold War. It also ties into the strapline of ‘Know your history,’ which had popped up in easter egg puzzles sent to Call of Duty content creators and had flashed up on screen for Warzone players.

The big worldwide reveal happened within Call of Duty: Warzone on August 26, in which a limited time mode – also titled ‘Know Your History’ – saw players complete a short intel mission in Vardansk to find fan-favourite Black Ops character Frank Woods. Finding him would then trigger the full official trailer.

Call of Duty: Black Ops Cold War’s trailer was officially released on August 26 and was unlocked by players completing the Woods mission in Warzone.

It builds on the premise of the first teaser trailer, which saw KGB defector Yuri Bezmenov talking about Soviet strategy to destabilise the United States. The full trailer confirms early leaks and reports that the storyline of the campaign will focus on Black Ops characters Woods, Hudson, and Mason trying to locate ‘Perseus,’ a Soviet spy.

Similar to John F Kennedy’s appearance in the original Black Ops game, a US President will feature in the story yet again, with Ronald Reagan being confirmed as one of the historical figures that will crop up throughout the game.

Call of Duty: Black Ops Cold War’s campaign will be set predominantly in the 1980s during the Cold War. 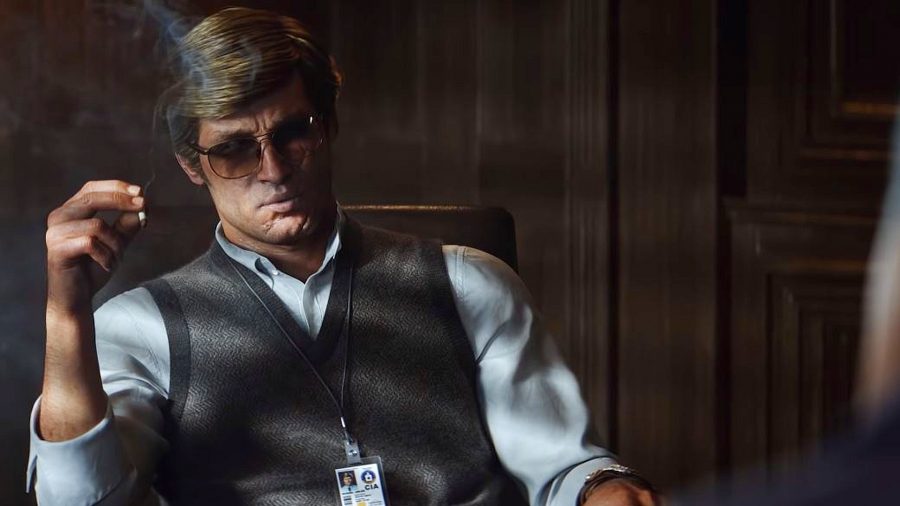 A brief synopsis of the campaign on the official Call of Duty website says that players will be visiting locations such as “East Berlin, Vietnam, Turkey, Soviet KGB headquarters, and more.”

The storyline will focus around the hunt for ‘Perseus’ – an illusive undercover spy for the Soviet Union who infiltrated the United States at the highest levels to find out its deepest secrets.

Black Ops Cold War’s multiplayer has now been revealed to excited fans, and it looks to be a blend of some of the better features from Modern Warfare and nostalgia from Black Ops games of old.

There’s also some features never seen in a Call of Duty multiplayer, such as game modes and the decision to not reset scorestreak points after death.

For a full rundown, check out our guide to every confirmed map, scorestreak, weapon, perk, and more in Black Ops Cold War multiplayer.

Zombies will be making a return in Call of Duty: Black Ops Cold War, which is great news for its fanatical and dedicated community.

Little is known about it just yet, other than this short description on the official Call of Duty site: “Players will bring a Cold War arsenal of weapons and equipment into the next evolution of Treyarch’s signature Zombies co-operative experience.”

Call of Duty: Black Ops Cold War will have cross-play capabilities between all consoles and PC. There will also be cross-progression between platforms.

Warzone progress will also carry over, and players will still be able to access the Modern Warfare content they’ve unlocked or purchased alongside the new Black Ops content.

Call of Duty: Black Ops Cold War will be releasing for next generation consoles in late 2020.

Progress from current gen versions of the game will be carried over, however players will not be treated to a free upgrade to next gen consoles like EA is doing with FIFA 21.

Instead, players will have to pay an extra $10 to get the ‘Cross-Gen Bundle’ of Black Ops Cold War, which grants them a current gen version on the November 13 release date and a copy of the game for PS5/ Xbox Series X when it releases.

Players who buy the $60 Standard Edition will only get the game for current gen consoles.

So that’s all we’ve got on Black Ops Cold War so far. While confirmed information is very thin on the ground, the sources for the datamined and leaked information are historically pretty reliable. We’ll see you in Verdansk on August 26 for more official news on one of the most hotly anticipated CoD titles ever.