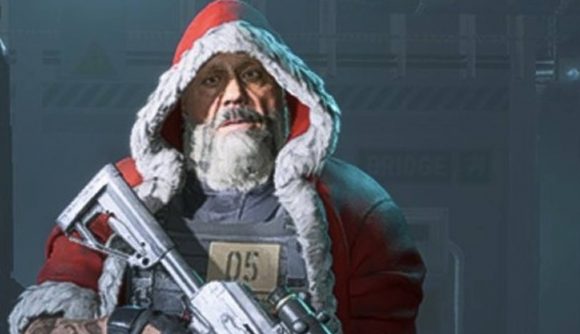 DICE has just dropped Battlefield 2042 Update 3, which continues to fix a number of issues players have had with the game since launch. But, alongside those fixes, a couple of the game’s first post-launch skins have been found in-game – and one of them is a festive Santa skin that hasn’t been received well by players.

Following the update, players began spotting the Santa skin in Battlefield 2042’s menus. It’s tied specifically to specialist Boris, which gives him the classic red and white overcoat and a bushier, slightly greyer beard. A cowboy skin for Angel was also found, but now both have disappeared from the game, suggesting they were mistakenly added early as part of Update 3.

This quick glimpse at the possible route Battlefield 2042’s skins are going down has not sat well with fans. Ahmed on Twitter mentions how Battlefield V’s skins were more accurate to the time period, whereas Battlefield 2042 seems to be opting for the more recent trend of introducing wacky and wild costumes and outfits for players to equip. The game’s subreddit is also filled with posts and comments criticising the design of Boris’ Santa skin, in particular.

Soon then it seems that you’ll be able to run around with the best Battlefield 2042 guns, roleplaying as a murderous Santa Clause or as an old-school cowboy holding a weapon from decades into the future.

A full look at EA and DICE’s plans for Battlefield 2042’s seasons and skins will be revealed early next year so we could still see some outfits that fit the game’s setting introduced. However, initially the response online hasn’t been very positive – despite it being the season of good tidings.