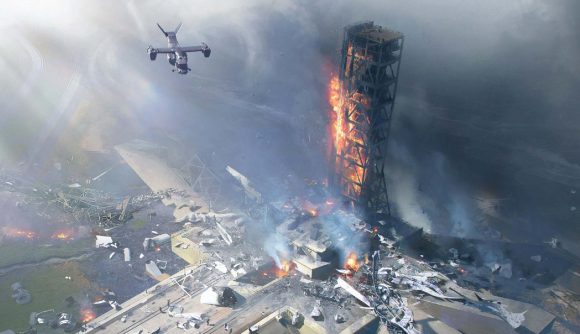 The new Battlefield 2042 beta date has finally been confirmed, along with some new details about how the game has changed as a result of the recent technical playtest, and it makes for pretty interesting reading – especially if you actually play the objective.

Orbital, one of the biggest Battlefield 2042 maps, has been tinkered with following the early playtests to accommodate as many different playstyles as possible, according to a recent blog post from EA. “The map is truly meant to be a big sandbox,” Kalle Nystrom, a level designer at DICE says. “That’s why you have all of these aircrafts and high points where you can parachute to other capture points. Orbital is a map where if you want to jump into the action you’ll quickly learn where to go and how to get there quickly.”

However, in order to make the map work for everyone, the development team has had to play with the objectives – particularly those out in the open – to make sure a certain group of players don’t spoil the fun for everyone else.

The capture points for objectives were previously set to 100 metres tall, but after discovering players were jumping into helicopters and capturing points easily from the air, DICE has lowered this to 50 metres. “Helicopters can still try to capture, but they have to get low and players can easily shoot them with rockets,” lead designer Shashank Uchi says

This should force squads to think tactically about how they approach each and every point, rather than allowing them to fly in and take them with ease. It’s a good change that ultimately fits with the Battlefield ethos.

DICE has also made a number of other changes to the map to prepare it for the open beta. And with a rocket that you can launch into space and dynamic weather, Orbital is looking like an exciting sandbox in the next chapter of Battlefield games.