Battlefield 2042’s Hazard Zone mode has finally been revealed, and for long-time Battlefield fans it’s a proper shakeup to what has come before. The high-stakes, retrieve-and-extract mode is being billed as the ultimate test of strategy and tactics in Battlefield 2042, doing away with the large-scale battles for a smaller, more intense experience.

The overarching objective of Hazard Zone is to assemble a crack squad of four different specialists, drop into the map, locate and retrieve Data Drives from downed satellites, then race to an extraction point to leave with the Data Drives.

It all sounds fairly simple, but there are plenty of new features, restrictions, and rules that make Hazard Zone a bit of a minefield to understand entirely. However, we’re on hand to explain Battlefield 2042’s Hazard Zone game mode, using all the information we have so far.

Here is your complete guide to Hazard Zone in Battlefield 2042.

Battlefield 2042’s Hazard Zone will be released at launch on November 19, 2021. It is one of three core modes alongside All-Out Warfare and Battlefield Portal.

There will, however, also be AI-controlled Occupying Forces around the map, but more on those later.

Despite some hopes that Hazard Zone would have its own unique map or maps, the mode will actually use all of the Battlefield 2042 All-Out Warfare maps instead. That means there will be seven Hazard Zone maps at launch.

The Hazard Zone maps are:

These maps, however, will not be full-sized, and will be scaled down to cater to Hazard Zone’s smaller player count.

So, here’s our crack at explaining Hazard Zone and how a match will pan out.

Prior to a match of Hazard Zone, you will assemble a four-person squad. In each squad you must have four different Battlefield 2042 specialists. Before a match you will also be able to put together your loadout for the match. You can purchase weapons, gadgets, and Hazard Zone-specific Tactical Upgrades. These are special traits that give you bonuses or buffs, like faster healing or increased ammo reserves.

The majority of gear and Tactical Upgrades you pick for your loadout must be bought with Dark Market Credits, Hazard Zone’s currency – more on that later on though.

A Hazard Zone match sees all squads allocated a random spawn point on the map, which will be shown to you beforehand in a pre-match briefing. Also in this briefing will be the approximate locations of some downed satellites, which contain the precious commodity you’re all fighting over: Data Drives.

These Data Drives will be fiercely guarded by Occupying Forces, which are believed to be AI-controlled bots. Expect to meet other enemy squads as well though, as they may be tracking down the same satellite as you. 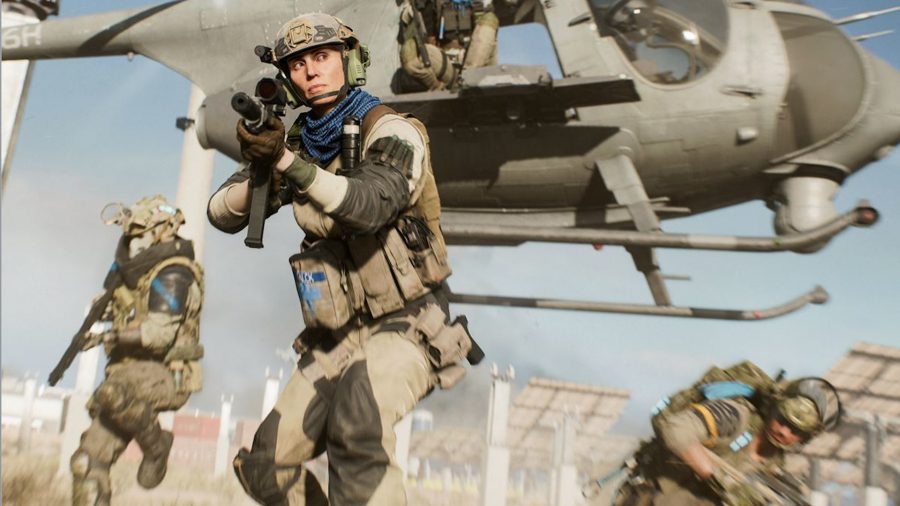 As well as the satellites shown in your briefing, more will fall from the sky throughout the match after you’ve spawned in. These contain double the amount of Data Drives, so are extra lucrative.

The location of downed satellites can be pinpointed by using a new gadget that is unique to Hazard Zone – the Intel Scanner. It is crucial that at least one person on your team has this gadget equipped.

After retrieving some Data Drives, you’ll then want to think about extraction. Only two extraction windows will happen during a Hazard Zone match, and only one team can board the MV38 Condor and fly off into the sunset each time. That means a maximum of two squads can ever make it out of a Hazard Zone game alive with their Data Drives. Those killed in action or those that fail to extract will lose all the Data Drives they collected that match.

The two windows for extraction are time-gated, and occur at random spots around the map. The first extraction period will happen midway through a match, and the second will happen at the end. Only one member of your team needs to successfully extract in order for the entire squad to keep their Data Drives.

So, let’s say you negotiated a Hazard Zone map perfectly, extracting in time with a haul of Data Drives – what happens next? Well, the Data Drives can be sold in exchange for Dark Market Credits, which will then help you buy gear for your loadout for the next match. And that’s basically the cycle of a Hazard Zone match. 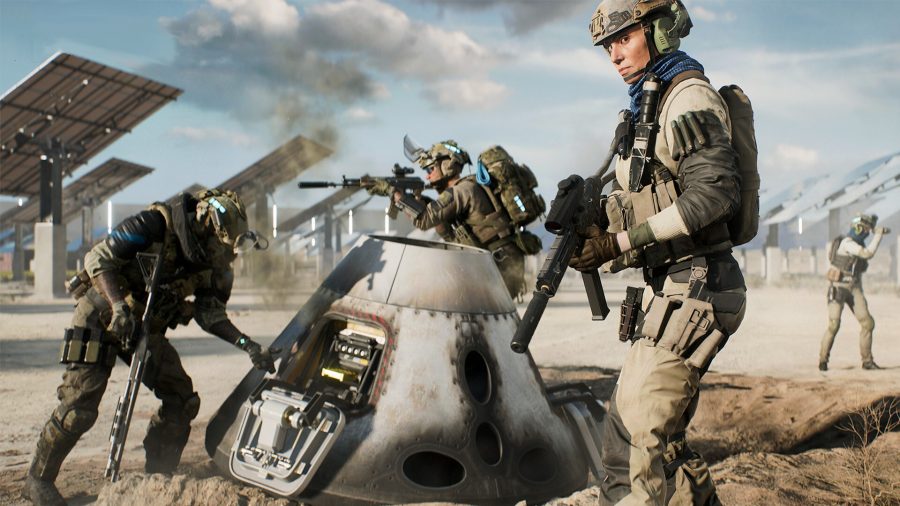 In Hazard Zone, your life is far more precious than it is in other game modes. However, it’s not all ‘one strike and you’re out’. If you are brought down to zero health, you will enter a downed state, where you can crawl around to find safety and receive a revive from your squadmate. However, if you are finished off and completely eliminated, you will be sent to a spectator screen.

You may have one last chance to rejoin the fight though. Reinforcement Uplinks are essentially respawn stations scattered around the map and they will revive a chosen teammate for you. There is also a Hazard Zone Tactical Upgrade that gives you one portable Reinforcement Uplink to resurrect a teammate on the fly.

We’re nearly at the end of all this info, but one burning question about Hazard Zone still remains…

Are tornadoes in Battlefield 2042 Hazard Zone?

Yes, they are – tornadoes, and potentially other levolution events or weather systems, will still occur on the maps in Hazard Zone. Sadly, you can’t extract by wingsuiting inside a tornado though.

That’s all the info we have right now on Battlefield 2042 Hazard Zone and how a typical match will play out. This high-stakes experience is going to go down a storm with players who love strategy, and could win over players from similar games like Escape From Tarkov.