Are you looking for the best Walker build in Back 4 Blood? If you want to play as Walker in Back 4 Blood, it’s important to realise that Walker is a fairly selfish pick, trading off team-friendly perks for sheer damage. That’s not a negative, but if you’re going to be the lone wolf, you need to make sure you’re putting out enough damage to make it worthwhile.

Walker has a flat damage increase, with an accuracy increase with each kill. This kit means he’s really only as good as the Back 4 Blood Walker build you pick for him. To maximise your effectiveness as Walker, you’ll want to pick out a bunch of damaging cards and stuff to boost your weakspot damage so you can go toe to toe with bosses like the Ogre.

Our Back 4 Blood Walker build takes options from the many Back 4 Blood cards, so you might need to spend a bit of time unlocking everything, but it’ll be worth it when you can turn those cards into a gore-filled success, next time you make a run.

Walker is a stone-cold murder machine with the right perks under his belt. Walker starts with an assault rifle and a Glock, but you’ll be moving away from that towards a build that prioritises both the assault rifle and sniper rifle weapons to ensure you’re putting out a whole bunch of damage and making a real dent in the tide of the undead.

To get the best out of Walker, you’re going to want to someone to play with the best Back 4 Blood Hoffman build so  you’ve always got ammo to hand. A Doc will also be useful to keep you in the fight, as without you the team will probably fall apart.

Here are the best cards for this Back 4 Blood Walker build: 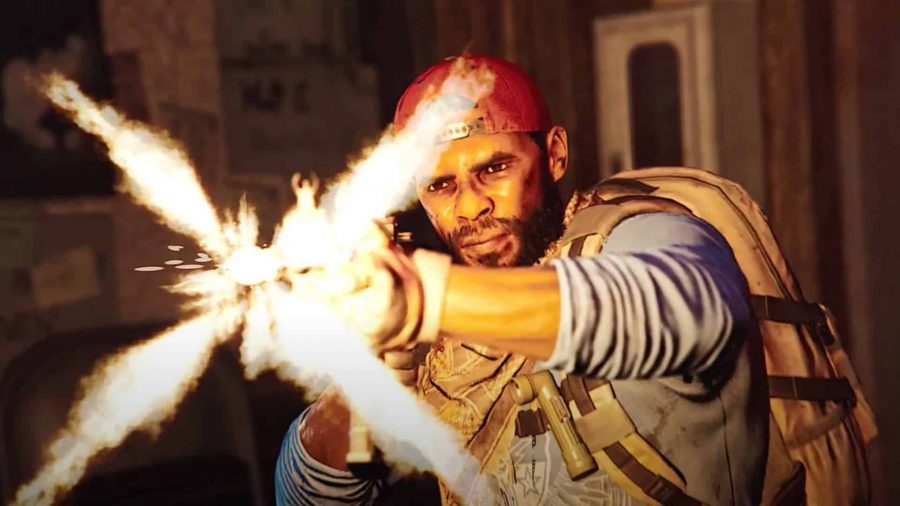 Your first card should be Two Is One And One Is None, which will let you use two primary weapons instead of a primary and a secondary. Largely, you’re going to focus on an assault rifle for close to mid range, and when you get a chance, you’ll switch to a sniper rifle and chew through hordes from a way out. Two is One does come with a negative in that it hits your weapon switch speed, but that’s fine, we’ll work that out a little later.

Add these three together though, and you’ll be absolutely splattering the enemy. Some other fun stuff in the build is Overwatch, which gives you and your whole team a little heal health when you swat a zombie from 15 metres away. Stock Pouch gives you bonus sniper rifle ammo for this purpose and synergises with Overwatch really well. Avenge The Fallen means whenever a teammate dies, you and everyone else gets 30% extra damage, a 20% reload speed boost and unlimited ammo for 10 seconds. This is perfect for you and a must have to get you out of tricky situations.

Lots of the other cards are just damage increases and ammo capacity to make sure you’ve got plenty of rounds on the go. However, it’s worth highlighting Broadside which makes it so that every weakspot kill you have has a 20% chance of that Ridden exploding, doing damage to the Ridden around it.

Chuck this all together, and Walker is a born Ridden-Slayer. Just keep churning out the damage and you’ll have no problems. There’s no recommended Assault Rifle for the build, so pick what you’re comfortable with, but I’d recommend you try to get your hands on an M14 for the Sniper Rifle – your damage is so high from all of these cards that you just want to put out as much lead as possible.