Hoffman is a great Cleaner to have in your team because he has a chance to find ammo when he kills Ridden, plus he always starts with an ammo pack, and he can carry an extra offensive weapon from the off. He also grants the team 10% max team ammo capacity – something that comes in handy in any Back 4 Blood Hoffman build as the game ramps up in difficulty.

To get the best out of this doomsday prepper, you’ll need to curate a custom deck that’ll help boost his damage output and his trauma resistance. In other words, you’ll need to turn him into your team’s biggest hitter.

With that in mind, read on for the best Back 4 Blood Hoffman build, complete with the cards you’ll need to pick heading into your next run through.

As mentioned above, Hoffman’s strength lies in his firepower. His offensive weapon slot, ammo crate, and his ammunition-focused trait make him the perfect person to carry all of the big guns.

To get the best out of Hoffman, you’ll need to select 15 cards that ensure every shot packs a punch and that he can carry ammo for both himself and the rest of his team.

Here is the best Back 4 Blood Hoffman build: 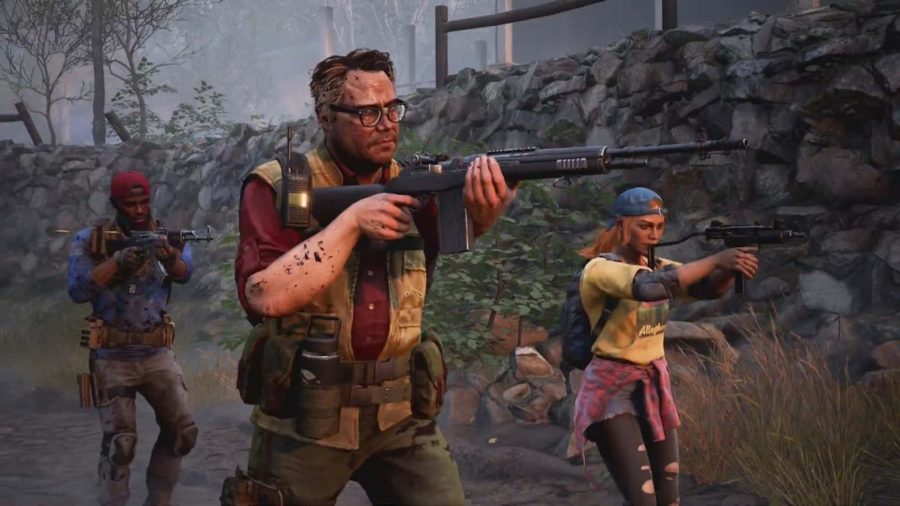 The card that tops this Back 4 Blood Hoffman build list is Two Is One And One Is None. This is a must-have card if you’re playing Hoffman as it’ll allow him to carry two primary weapons at the cost of weapon swap – something we’ve negated with the Cocky card. You’ll need to check out our list of the best Back 4 Blood weapons for specific information on every gun in the game, but we’d opt for an LMG and a shotgun to gun down the hordes with this card.

The other cards in this deck do two main things: increase Hoffman’s damage output by increasing factors like bullet penetration and increase his offensive weapon arsenal. While this means you’ll be going through a hell of a lot of ammo and utility, Hoffman’s trait of finding ammunition and the Offensive Scavenger card mean you’ll be able to pick things up as you progress through each and every level.

If you pair this deck with the best Back 4 Blood Holly build, Hoffman will be complimented with a zippy, but melee-focused Cleaner who will carve a path through the Ridden.