This Back 4 Blood Holly build below prioritises Holly’s damage output and her overall stamina, which is perfect given she recovers ten stamina for every Ridden kill she makes in the campaign. If you keep Dottie – her baseball bat – in her loadout, you should be able to carve yourself a path through the undead without breaking a sweat thanks to these cards.

If that sounds right up your alley, read on for the best Back 4 Blood Holly build you can find on the net, including which cards you need to pick and why.

Holly is by far one of the strongest Cleaners in Back 4 Blood because she gains +10 stamina when she kills a Ridden and she has 10% more damage resistance than everyone else. She also grants her team an extra 25 stamina during playthroughs – something that quickly becomes invaluable in the later stages of the game.

Therefore, when putting together a custom deck for Holly, you’ll need to find cards that buff these base stats further. The list below should get you off to a good start for those Veteran and Nightmare runs. As always though, you’ll want the rest of your team to pick cards that’ll fill your weaknesses – in this case long-range attacks and healing.

Here are the best cards for this Back 4 Blood Holly build: 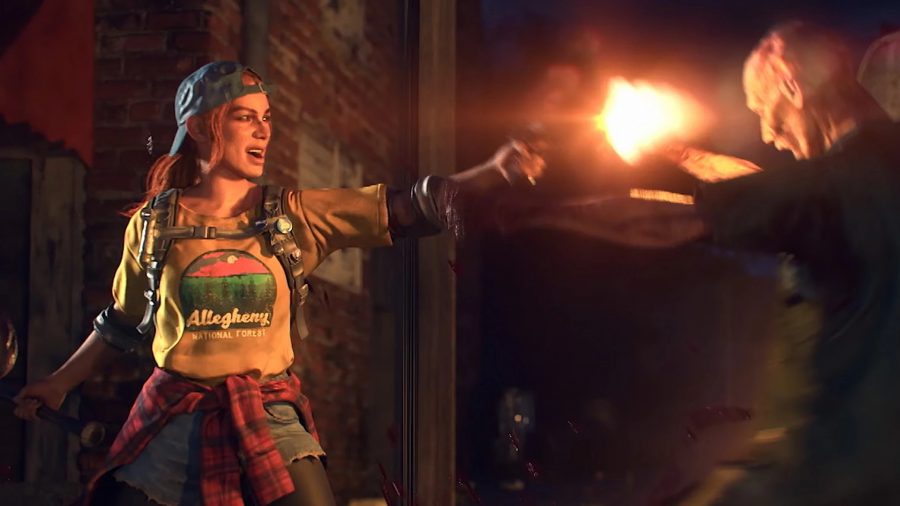 These 15 cards should make Holly unstoppable. If you’re supported by three teammates, who all have custom decks tailored to their characters and playstyles, Holly should be able to go in and take down the Ridden with a baseball bat or machete.

Cards like Battle Lust,Adrenaline Fueled, and Berserker are all key cards for Holly as they’ll reward her melee kills with increased health, stamina, and damage. Without these cards – and without backup – Holly is prone to taking trauma damage, so it is vital you have cards to counter the occasional dinks you’ll suffer at the hands of the undead.

The other cards in this list increase Holly’s damage and trauma resistance, her movement speed, and recovery rate. You can play with some of the combinations on this list, but the first couple should be a staple part of your playthrough.

As for weapons to use in the best Back 4 Blood Holly build, we’d recommend pairing either a rifle or a shotgun with a machete so you can escape hordes without having to worry about running out of stamina.