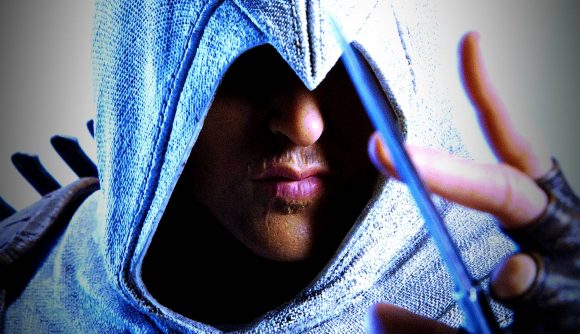 For a lot of us gamers, Ubisoft’s Assassin’s Creed franchise has been a go-to game for action-packed swordplay, wonderful stealth gameplay, and incredible open-world adventures. It’s a mainstay for a lot of video game libraries out there, and for good reason. Assassin’s Creed games are great – even the worst ones are still pretty good – and for years, players have been exploring interesting historical settings through the lens of an epic struggle between the freedom-fighting Assassin’s and the oppressive Templar Order. It’s something players have been experiencing for so many years, in fact, that this year the franchise is celebrating its 15th anniversary. It’s hard to believe it’s been this long, but it has – and, it looks like Ubisoft is preparing us (at long last) for an Assassin’s Creed 1 remake to celebrate.

You might be sitting there thinking that this is all the pipe dream of a player yearning for Assassin’s Creed of yore, but the stars are starting to align and there’s a surprising amount of evidence to suggest that this long sought-after remake could finally become a reality. Over the last handful of years, we’ve seen all three Ezio-focused Assassin’s Creed games get a fresh lick of paint, and Assassin’s Creed III Remastered.

So, why shouldn’t the original Assassin’s Creed game get the same treatment? If anything, it’s the one that needs refreshing the most, right?

Well, yes – and it’s starting to look like Ubisoft agrees with that statement. Our first piece of evidence, that’s arguably the most important piece, comes from Ubisoft’s recent Assassin’s Creed Celebration Livestream – where it was announced that Assassin’s Creed Valhalla was getting a rogue-lite The Forgotten Saga mode.

During this event, Ubisoft shared several montage-like trailers consisting of cinematic footage from all 12 main Assassin’s Creed games – which is unsurprising given the fact that the event was a celebration of the entire franchise.

What is interesting, though, is that all the footage used from the first Assassin’s Creed game appears to have been altered.

Die hard fans will be pleased to know that the scenes depicted are unchanged. However, the newer images appear to have increased saturation, contrast, and they are somewhat higher in quality. It is an old trailer, so improved quality isn’t completely outside of the ordinary, but the dusty aridness of the original appears to have been replaced with a brighter, colourful representation of the Third Crusade’s Holy Land.

Twitter user ‘Ikraik_original’ has shared side-by-side images, highlighting the difference between the original footage and what Ubisoft shared earlier this month.

Sigh. I know a remake when I see one #AC15 #AssassinsCreed pic.twitter.com/IjA6XeHXTc 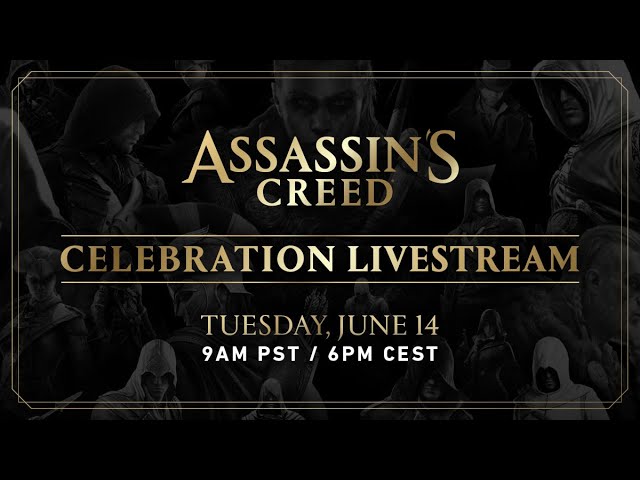 Fuelling the fires of rumour, content creator ‘Assassin JorRaptor’ has also highlighted that Ubisoft has updated the title logo for the original Assassin’s Creed game. As you can see in the video below (at the 1:00 mark), the Assassin’s insignia has been removed from the background of the title and the “a Ubisoft original” tagline has been added. 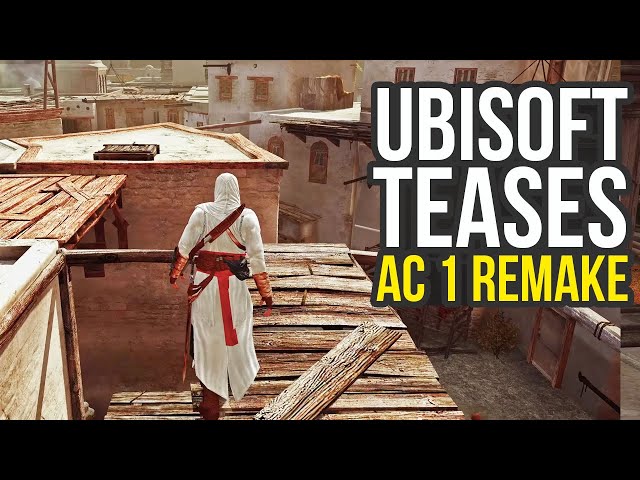 This tagline is something Ubisoft is adding to all its upcoming games – and it is something that appears in the trailer for Valhalla’s recent Dawn of Ragnarok expansion. However, it’s not something that has been explicitly added to what you could consider to be Ubisoft’s legacy titles – older games that aren’t actively being developed.

It’s important to note that all of the above is speculation, at the moment, but it might not be that way forever. Why? Well, the reveal of the aforementioned Assassin’s Creed 1 remake could be coming as early as September 2022.

However, this is all ultimately speculation based on rumours and unproven leaks. If Ubisoft can keep things under wraps, we won’t find out if an Assassin’s Creed 1 remake is coming until September 2022. If not, we might find more information appearing online sooner. We’ll keep you updated either way.

If you can’t wait for more Assassin’s Creed content and you’re sick of Valhalla, why not play UNO? Ubisoft’s Assassin’s Creed Valhalla UNO DLC is more than a cosmetic and you can find out more about it here.