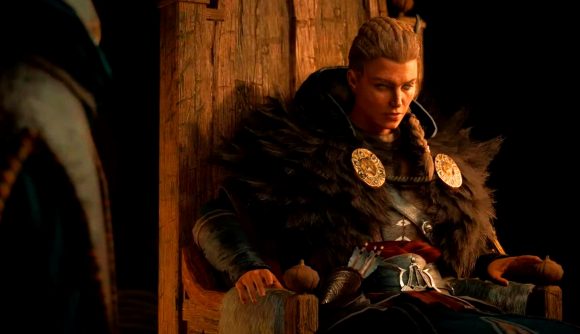 Assassin’s Creed Valhalla has been one of the best open-world RPGs of the last handful of years, and the fact that it also offered us more of an insight into the mysterious world of the Assassins is an added bonus. First dropping in 2020, Ubisoft has released countless free title updates packed with new gameplay features alongside three paid expansions – the Wrath of the Druids, The Siege of Paris, and Dawn of Ragnarok. Well… It’s time to add another name to that list because Ubisoft has just announced a new Assassin’s Creed Valhalla game mode expansion and it’s called The Forgotten Saga.

That’s right, we can’t believe that Assassin’s Creed Valhalla is getting more content either, but we’re here for it. Eivor is a fantastic protagonist and there’s still so much of their story to explore – apparently.

We don’t know a lot about The Forgotten Saga right now, but from what Ubisoft has shared, it’s going to be focused on Eivor once-again and see them head to Nifleheim, the realm of the dead, in a rogue-lite game mode that’s changing the way we play Assassin’s Creed Valhalla yet again.

The Forgotten Saga is going to feature waves of enemies drawn from Norse mythology and even more special abilities for Eivor to take advantage of – some of which you may have seen in Assassin’s Creed Valhalla’s Dawn of Ragnarok expansion.

This announcement was made during Ubisoft’s Assassin’s Creed Celebration Livestream, held on June 14, during what has become a Summer Game Fest stacked with game announcements and exciting updates. If you’re wondering what else there is to look forward to, you can check out our Summer Game Fest 2022 schedule right here.