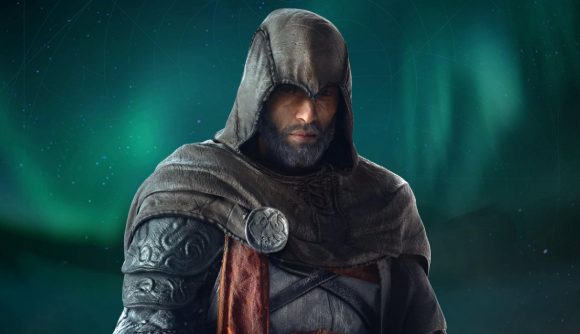 In its report, Bloomberg details that this game was originally intended to be an expansion for Assassin’s Creed Valhalla but is now being reworked into a full game in an effort to fill out Ubisoft’s sparse release schedule. The new Assassin’s Creed game reportedly focuses on Basim, an important ally to Eivor in Valhalla’s narrative, and is code-named Rift.

When reached for comment by Bloomberg, Ubisoft says that it doesn’t comment on “rumour or speculation” – however, a spokesperson has also shared that Ubisoft has a “solid and exciting line-up of titles in [its] pipeline”.

In Valhalla, Basim is introduced after Sigurd returns from Constantinople, the main setting for Ezio’s final outing in Assassin’s Creed Revelations. With the project reportedly being much smaller in scale than Ubisoft’s previous Assassin’s Creed games, could we return to this iconic city during the Byzantine Empire with Basim? Only time will tell.

Eurogamer has corroborated Bloomberg’s report and details some additional information about this unannounced Assassin’s Creed game – there are reportedly early plans to include the city of Baghdad, Iraq. During the ninth century, when Valhalla is set, Baghdad was regarded as one of the largest cities in the world and a centre of learning for scholars of the time.

Ubisoft’s most recent Assassin’s Creed games have been sprawling open-world action games that rely much more heavily on RPG mechanics than the earlier titles in the series. With reports that this is going to be smaller in scope and focus more on stealth gameplay, this could signal a return to the more classic Assassin’s Creed formula.

If you’re a fan of the new formula, though, we have a guide to the best Xbox open world games and the best PS5 open world games for you here – this should help you fill the time before the next Assassin’s Creed game.