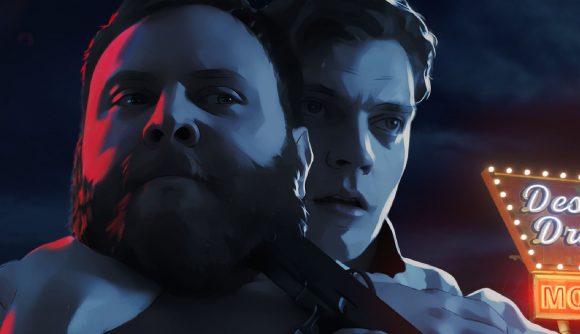 As Dusk Falls was announced two years ago as an Xbox, PC, and Game Pass exclusive and since then we haven’t seen anything of the narrative adventure. But, the first As Dusk Falls gameplay has just been showcased at the Tribeca Games Showcase and it highlights the Quantic Dream-esque three-person narrative that is at its core.

The game focuses on Vince, Jay, and Zoe and it is a crime drama that explores the intertwined lives of two families across thirty years. As you play your decisions will shape the conclusion of the game across all six chapters and the resolution between these two families.

As Dusk Falls impressed initially with its unique art style which takes pictures of real-life actors and artistically represents them within the game in a flipbook style. This gameplay look from Tribeca after two years is nice with a great focus on who these characters are and how their lives are shaped by their actions.

Developed by Interior/Night, we should see more from As Dusk Falls at the Xbox and Bethesda Games Showcase on June 12, where we should hopefully see a release date. For now though, you can check out the gameplay from Tribeca below:

This showcase from A Plague Tale Requiem is just one of several to come out of the Tribeca Games Showcase – and that’s not the only showcase taking place this summer. If you want to keep track of everything going on, you can check out our Summer Game Fest 2022 schedule right here. We also have a list of the best PS5 survival games and the best Xbox Series X survival games here, if this has tickled your fancy.