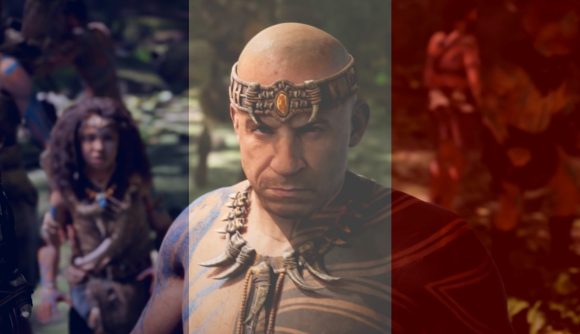 We know that Ark 2 is on the way, but it’s been quite a while since we’ve heard anything regarding the sequel to Ark Survival Evolved from the developer Studio Wildcard. Thankfully, that looks like it’s about to change. Ark France, the official French-language social media account for the Ark series, has seemingly confirmed that Ark 2 will appear at some point during the Xbox Bethesda Games Showcase on June 12.

In a Twitter post from June 4, Ark France stated the following, which has been translated from French: “See you on June 12 for exclusive content on Ark 2”.

This statement was accompanied by an image showing key artwork for the Ark Survival Evolved Fjordur expansion, which is set to release on June 12, the Xbox logo being used for the Xbox Bethesda Games Showcase this year, and key art for Ark 2. So… It seems pretty certain that the unusual prehistoric-yet-futuristic survival game sequel will make an appearance.

If you want to check out the evidence for yourself, you can find the original tweet below:

Ark 2 was announced during The Game Awards 2020 showcase with an unusual CGI cinematic starring Vin Diesel. It is expected to be an Xbox timed exclusive with eventual release on PlayStation consoles and Nintendo Switch. We don’t know what this means for Ark 2, given the fact that Ark Survival Evolved doesn’t really have a protagonist, but it could mean that we’re getting a survival game with a heavier narrative focus next.

However, only time will tell. Survival game fans thought Ark 2 would be announced at the Xbox Bethesda Games Showcase and they were right. As for what we’ll see, we will just have to wait – thankfully, it won’t be a long one.

If you’re looking for something to scratch that Ark itch in the meantime, you can check out the best Xbox Series X survival games and the best PS5 survival games right here. Of course, Ark Survival Evolved is also a good suggestion – but, there are other options out there.