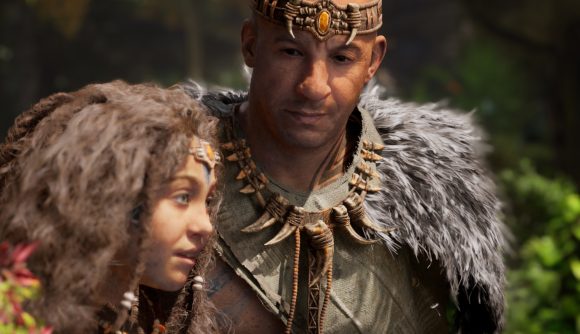 Ark: Survival Evolved is set to get its new Fjordur expansion on Sunday, June 12. This update is set to coincide with the Xbox + Bethesda showcase during Summer Game Fest on the same date. This suspicious coincidence has got fans speculating over the possibility of an Ark 2 announcement dropping during the showcase, due to the game being developed as an Xbox exclusive.?

Fans on Twitter are pointing out that in Ark’s seven-year life span, not a single update or expansion has ever been released on a Sunday. Because of this unusual timing, many fans are assuming that there must be some kind of link for the upcoming Xbox + Bethesda showcase. One fan tweeted “Is this the first-ever Sunday release? I am a little surprised, that is for sure.”.

We’ve known for a long while now that Ark is going to be an Xbox exclusive, after the general manager for Xbox games marketing at Microsoft, Aaron Greenburg, tweeted out in 2020: “We are excited to be working with the Studio Wildcard team on bringing ARK II starring Vin Diesel exclusively to Xbox Series X|S consoles.” The Xbox showcase then is the perfect platform for any big announcements when it comes to Ark 2.

Everything is just speculation right now, with no actual confirmation on what we will be seeing at the Xbox + Bethesda showcase, but if Ark 2 is going to feature, we may get a new trailer, a release window or concrete release date, and maybe even a celebrity cameo…

Ark 2 is set to feature Vin Diesel as the character Santiago, who was unveiled in the Ark 2 reveal trailer back at the 2020 Game Awards. It is unclear if this Santiago fellow will be the player character or just someone we can meet within the game world itself. If we do get an announcement at the Xbox + Bethesda showcase it isn’t too crazy to speculate that Vin Diesel may make an in-person appearance – memes are sure to follow if this happens. We’ve seen such cameos happen in the past, with Keanu Reeves’ Cyberpunk 2077 appearance a notable example.

Why not practise your survival skills in the best Xbox Series X survival games – it might just save you from being mauled by a dino.