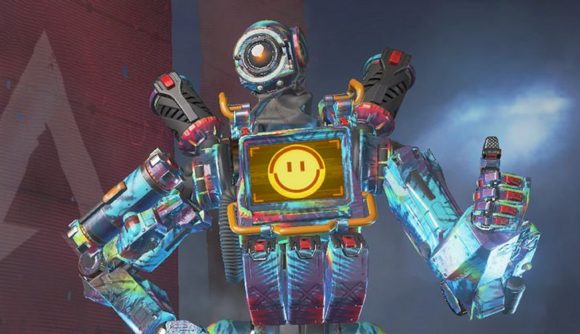 After a number of hints and leaks, Respawn Entertainment has finally announced when Apex Legends is coming to the Nintendo Switch. The announcement also revealed a release schedule for the mobile port for the FPS game.

Switch players won’t have to wait too long to get their hands on one of the best battle royale games around, as it releases on March 9. Respawn also confirmed that it planned to release the mobile port during the 2021-22 financial year. Since Switch players will be around four weeks behind other players on their Season 8 battle pass – we still don’t have cross-progression after all – players will be gifted 30 free battle pass levels on their Season 8 battle pass if they play on Switch.

Furthermore, playing on Switch will give you double XP for two weeks after launch. The Switch port will also launch with cross-play enabled, meaning Switch players will be able to join lobbies with Xbox, PlayStation, and PC players. Whether players on the portable console will want to be in those lobbies is another matter entirely, however.

The port is being handled by Panic Button, which has handled many high-profile Switch ports in recent years including Doom Eternal, Forza Horizon 4, Subnautica, and Warframe. The team is renowned for working wonders with the Switch’s limited hardware, so whether you’re revving up Rocket League’s best cars or turning to our Apex Legends tier list to pick out your Switch main, you should be in for a good experience.

When we chatted with the Apex Legends developers, they were focused on continually evolving the battle royale game – and the mobile and Switch ports are another manifestation of that perpetual evolution.

While you have to play on PC in the Apex Legends Global Series, there’s nothing stopping canny players from plugging their Switch controller into their desktop in the biggest esports tournaments. Although, somehow we doubt they will.