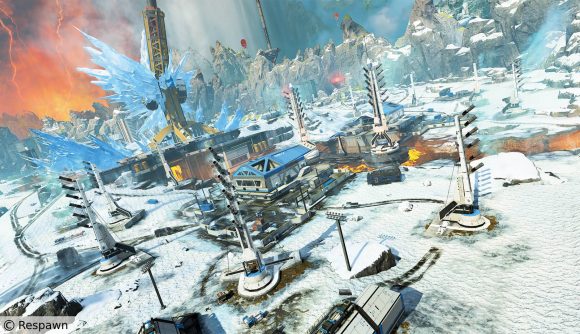 Respawn loves nothing more than giving Apex Legends new bells and whistles every season, and Apex Legends Emergence is no exception. Alongside the promise of new legend Seer, a brand new LMG called the Rampage, and the addition of Apex Legends Arena ranks, the World’s Edge is getting a fresh coat of paint.

In the studio’s latest blog, senior level designer Garrett Metcalf says the aim of the post-Emergence World’s Edge is to “retain the design philosophy” of the map as much as possible, “while improving things with fun, fresh new gameplay spaces and experiences.” Suffice to say, a lot about the map is about to change.

After overmining World’s Edge with the Harvester, the landscape is left in a pretty sorry state, with lava erupting all over the place. Unfortunately, Refinery is a victim of the aforementioned eruption, with Climatizer – a facility constructed by Hammond to rapidly cool World’s Edge – taking its place.

According to Metcalf, Climatizer is much larger than Refinery was, and “supports a lot more teams and provides them with much more loot to fight over” – a design choice made to try and attract teams northward.

World’s Edge is crumbling, a new Legend joins the fray, and the deadly new Rampage LMG is now in play—see how the Games are evolving in Apex Legends: Emergence. 🦋 pic.twitter.com/0hFlFtzBiM

From Climatizer to Fragment East there now runs a lovely and toasty lava river. Metcalf says that the updraft air lift mechanic is absent from this molten fissure, and it is instead “traversable like all the other lava in the map, and inflicts damage to the player if stepped on.” You might want to avoid that, then.

Fortunately, Respawn has added a method of safe passage across the river in the form of “fast moving gondolas” – because everyone loves a gunfight in a gondola. Gondolas are also present in Lava Siphon – yet another new POI which replaces Sorting Factory. Metcalf says Lava Siphon presents an entirely new gameplay experience at this POI.

“The goals were to break away from the traditional free-flowing layout that existed at Sorting Factory,” he says, “and to introduce opportunities for chaotic, overlapping fights that stand out from other existing combat spaces in World’s Edge.” 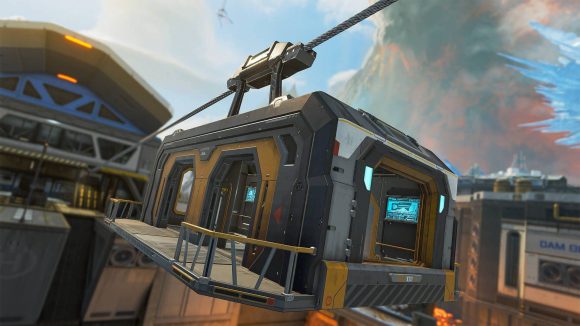 Train Yard has also been flattened a wee bit. Going under the new guise of Landslide, the POI’s layout “has been simplified to bring more clarity to combat encounters, and minimise the number of structures for teams to hold.” But don’t worry about loot density, as Metcalf says there’s still as much of it as there was before, albeit “a bit more scattered and spread out.”

World’s Edge isn’t only getting new POIs, but new ways to rotate in and out of Overlook and New West, too. Where Overlook once had a dead end, it now has a lovely crevasse carved out of the surrounding mountains to zip through. Meanwhile, players can now shimmy between Overlook and Geyser, keeping in-line with the studio’s desire for players to traverse up the map.

Finally, Worlds Edge’s skybox is also getting a tweak, and will now be sporting some blue-r hues, as the devs look to opt for a more neutral time of day than the rich sunsets favoured previously. Metcalf also says that there’ll be even more snow up north, which is perfect for those mid-gondola snowball fights.

With a whole host of changes coming to World’s Edge in Apex Legends Emergence, we can’t wait to see how player flow evolves heading into the new season.