Alan Wake Remastered brings the cult classic adventure to modern platforms with improved lighting, 4K visuals, 60 FPS gameplay, and further enhancements. Remedy unveiled the project not that long ago and due to the game's history on Xbox, players on either Xbox One or Xbox Series X|S want to know if Alan Wake Remastered is on Game Pass.

Beyond the remastered graphics, the game also packages in all the DLC for Alan Wake. However, gameplay changes are minimal or non-existent as the game isn't a remake and Remedy is staying true to the original release's experience.

Looking forward to getting stuck into Alan Wake's turbulent adventure once again on your Xbox? Read on to find out about Alan Wake Remastered on Game Pass for PC and Game Pass for Xbox consoles.

Alan Wake Remastered will not be on Game Pass when the game launches. The game will be a normal priced retail release available both digitally on the Microsoft Store and in retail stores.

There is a chance that the game could come to Xbox Game Pass later down the line, as the original Alan Wake was on Game Pass from May 2020, before leaving the service this year. But, if Alan Wake Remastered does come to Game Pass, it will most likely be sometime in 2022 or later.

That covers all you need to know about Alan Wake Remastered and the chance of it releasing on Game Pass for PC and Game Pass for consoles. For games that will be included in the service in October, be sure to check out our Xbox Game Pass October 2021 line-up.

If there’s nothing you fancy on there, check out the full list of Xbox Game Pass games available right now. 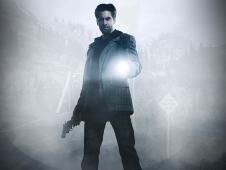