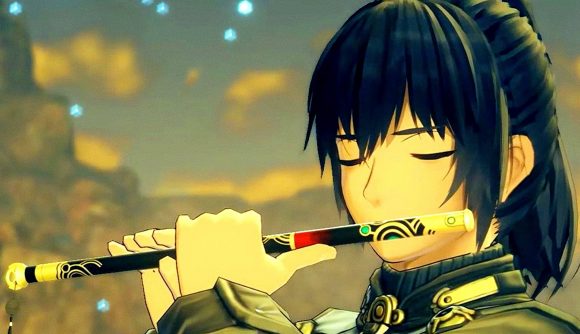 Xeno franchise fans waiting to see what the next chapter of Aionios’ history has in-store have waited patiently for Xenoblade Chronicles 3 and it’s finally (almost) time to play. If you’re looking at the Summer Game Fest 2022 schedule and wondering where Nintendo is, you’ll be pleased to know that it’s here – well, not here, but coming. Nintendo has just announced that a Nintendo Direct focused on Xenoblade Chronicles 3 gameplay is coming on June 22.

Yes, you read that right. There’s going to be a Nintnedo Direct on June 22 at 07:00 PST / 10:00 EST / 15:00 BST that’s full of information focused purely on the upcoming action-adventure game Xenoblade Chronicles 3, gameplay included. We don’t know the specifics right now, but expect there to be some clarification on post-launch plans and a better insight into what players can expect when Xenoblade Chronicles 3 launches on July 29. Why? Because it’s going to be 20 minutes long!

This is going to be the third main game in the Xeno franchise, but the 14th title overall. Don’t worry if you’ve missed out on the earlier titles, though.

This is, at the moment, only one insight into how Xenoblade Chronicles 3 is going to build on the previous title. We expect more information on new features and how Monolith Soft has expanded the world of Aionios to match the power of the Nintendo Switch to be revealed during the upcoming Nintendo Direct.

Tune in on 22/06 at 15:00 (UK time) for a livestreamed #XenobladeChronicles3 Direct presentation featuring roughly 20 minutes of information about the upcoming RPG adventure for #NintendoSwitch.

If you’re looking forward to Xenoblade Chronicles 3, but you don’t know what to play in the meantime, you can check out our picks for the best Nintendo Switch games and the best Switch exclusives right here.