Tournament organiser and media holding company WePlay Esports is doubling down on fighting games – a genre that, in the past, has struggled to keep up with some of the most popular esports titles. The fighting game community is one of the most passionate in all of esports, but the pandemic sadly stunted its growth. WePlay clearly wants to change that with its new series, the WePlay Ultimate Fighting League. The event is already underway, you can watch it on Twitch.

Judging from what we saw in the first weekend of the WePlay Ultimate Fighting League Season 1 – which concluded with one of the most iconic esports personalities in the world, Dominique ‘SonicFox’ McLean, taking home the Mortal Kombat 11 title – WePlay Esports is clearly on the right path. Even before the launch of WUFL Season 1, WePlay was the first to host a big FGC tournament offline since the start of the pandemic with Mortal Kombat 11 WePlay Dragon Temple. But now that its big project is up and running, the future is looking particularly bright for fighting game fans.

But what is the WePlay Ultimate Fighting League? And why is it so impressive and necessary for the growth of fighting games esports? Well for a start, Season 1 of the WUFL will boast an overall prize pot of $150,000, split equally across three events for three of the most popular fighting games.

We’ve already seen SonicFox scoop the top prize for Mortal Kombat 11, but there will also be $50,000 competitions for Soulcalibur VI (April 1-4) and Tekken 7 (April 8-11). All the games will be broadcast from WePlay Esports Arena Kyiv in the Ukranian capital, Kiev.

But it isn’t just the big prize money and the offline play that matters, it’s the reach.

Thanks to a partnership with sports streaming service DAZN, the tournament is being beamed onto screens in over 200 territories. By offering fighting game content to traditional sports fans, many of whom are invested in boxing or UFC, this partnership is a huge step forward for FGC esports – especially since Ukranian boxing star Oleksandr Usyk is working with WePlay on the WUFL too.

With sports games like F1 2020 and FIFA 21 both seeing their esports scenes grow recently, thanks in part to picking up new fans during the pandemic from actual Formula 1 and football, there’s no reason why the same can’t be done for fighting games too. 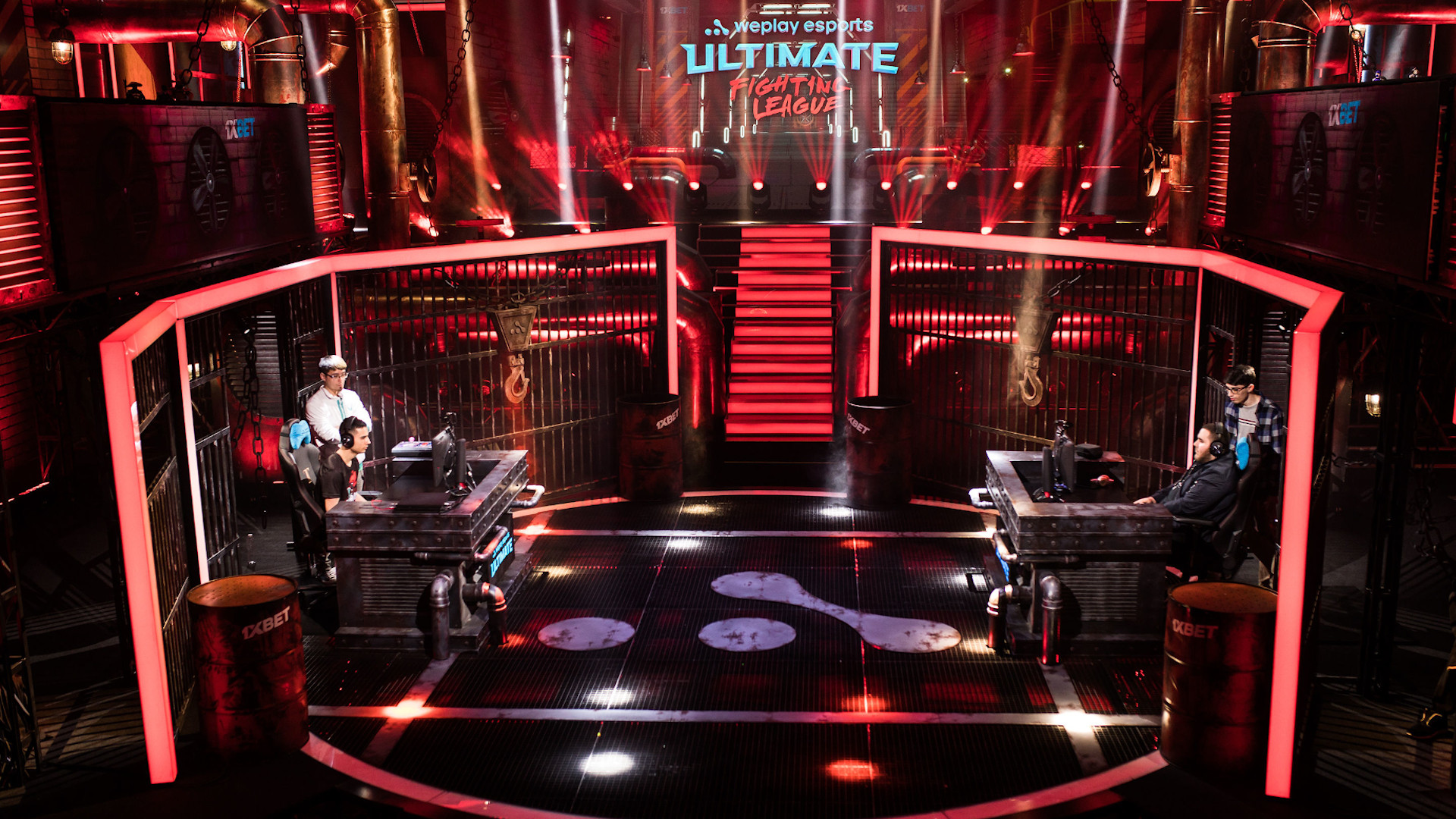 Aside from getting more eyes on fighting games, it has to look the part too. WePlay, which has boasted some of the most creative set designs and broadcast elements in esports, has made the WUFL a pleasing spectacle on the eye – a significant step up from the majority of FGC events pre-pandemic.

The WUFL will also become much more than a showcase of the existing talent in the fighting game community. In the long term, the project aims to grow the next generation of FGC pros and make WUFL events open to everyone.

“The inaugural season of the WePlay Ultimate Fighting League is invitation only,” says esports host and caster James Banks, who is also a project consultant for the WUFL. “We know that isn’t ideal, and we want to showcase the best players in the world through our league, but our commitment to the FGC is more than just one season. We have a multi-year plan for the league, and this is just the beginning.

“Due to the current state of the world and the safety precautions we created, we have each title as a 16-player invite-only tournament. The top players from each event will stay, and we will then hold open qualifiers worldwide with slots for each season going forward.”

While the invite-only Season 1 in itself is encouraging, it can only mean bigger and better things for the fighting game scene if the opportunity to play in the WUFL is open to anyone wanting to become the next FGC esports star.

To witness some of the planet’s best fighting game players duke it out in a big-money LAN event, you can tune in to the WePlay Ultimate Fighting League Season 1 on WePlay’s Twitch channel and on DAZN. You can also follow the WUFL’s Twitter and Instagram accounts for regular updates.