Media holding company WePlay Esports has invited 14 of the world’s top Mortal Kombat 11 professional players to duke it out for a slice of the $60,000 prize pool at the WePlay Dragon Temple tournament this week. Hailing from nine different countries, the competitors will descend on the Ukrainian capital, Kiev, for what is one of the first offline international Mortal Kombat events held since the start of the coronavirus pandemic.

The three-day event, which will kick off on December 10 (starting at 11am PST/7pm GMT each day) and wrap up on December 13, is to be held in the custom-built WePlay Esports Arena Kyiv. WePlay Dragon Temple is the company’s first foray into the fighting game scene, with the tournament organiser more widely known for hosting competitive Counter-Strike: Global Offensive, Dota 2, and Valorant events.

To kick things off, WePlay Dragon Temple will start with a best-of-three, round-robin group stage. From there, the top four players from each group will move on to the Playoffs, where a double-elimination bracket built from best-of-five matches awaits. 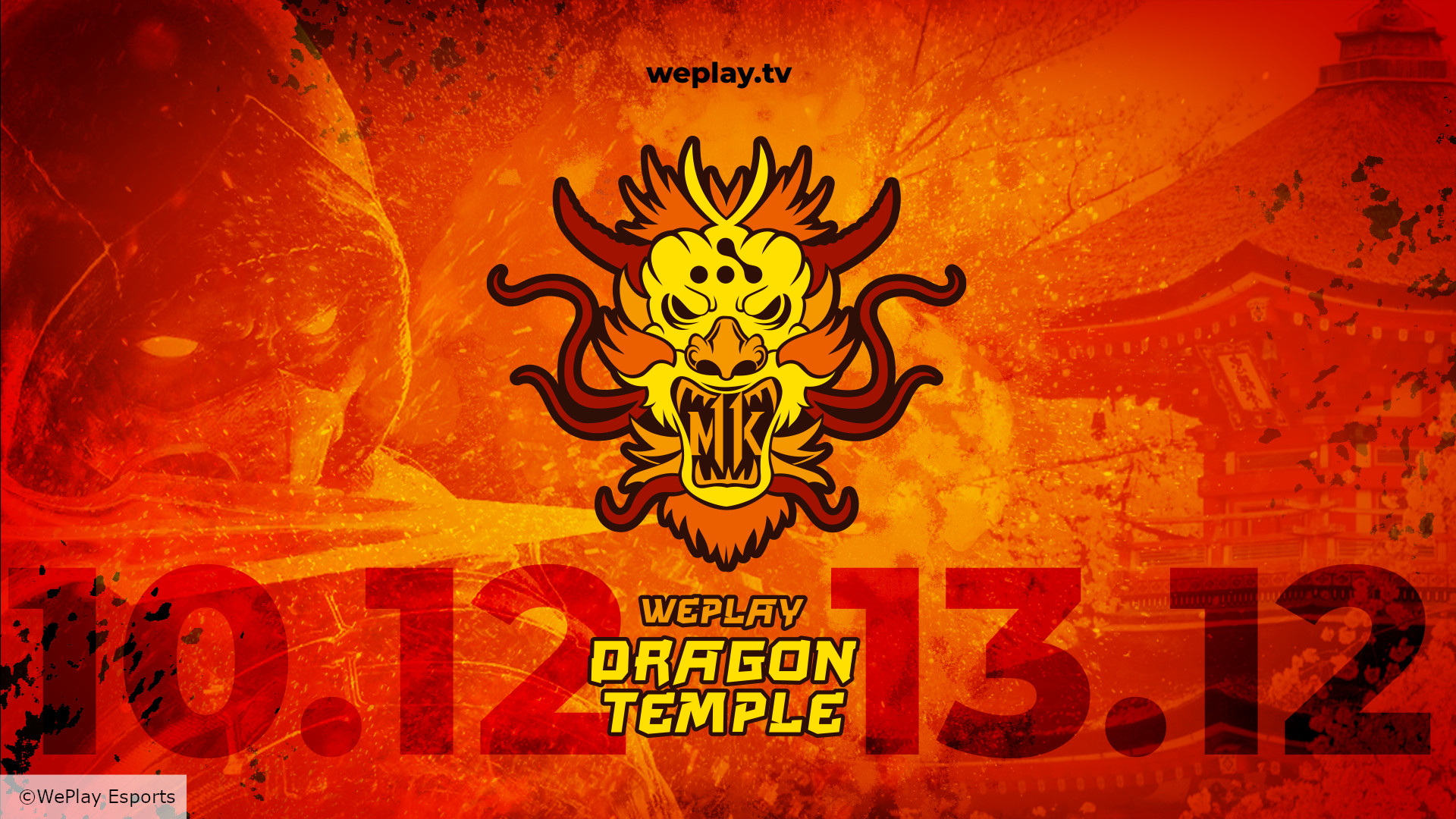 At the end of the Playoffs, we’ll have our WePlay Dragon Temple champion, and they will take home a $24,000 cut of the overall prize pool.

But who will be competing? Well, we happen to have a list of the aforementioned Mortal Kombat pros, which includes Panda Global’s Alexandre ‘Hayatei’ Dubé-Bilodeau, and British FGC star Denom ‘A F0xy Grampa’ Jones. Here’s the full competitor line-up:

“We scoured the globe for the best Mortal Kombat 11 players that would be willing to give a real show,” says WePlay lead esports manager Eugene ‘Hitras’ Shepelev, who’s rightly rather proud of the roster. “Their determination to beat the rivals ignites the Dragon Temple.”

Of course, having all these top players means the competition is going to be pretty spicy. So, WePlay has drafted in an experienced broadcast team to lend their voices to all the action. Host Kyle ‘Kyle’ Freedman and casters Callum ‘HBTWarrior’ Rowland and ‘Mitsuownes’ will be working from the studio, while Ryan ‘Ketchup’ Neal and Jake ‘Mustard’ Neal will be casting from the comfort of their own homes.

Over on the analyst desk, Ryan ‘Mr Aquaman’ Kablik, Bryant ‘Kitana Prime’ Benzing, and Ryan ‘Big D’ Dedomenico will be giving their thoughts on the action as it happens.

So, if you’re a big Mortal Kombat fan, you’re not going to want to miss this. You can watch WePlay Dragon Temple on the official event page or on its Twitch channel. And you must watch, because hey, Snoop Dogg told you to.

Are you excited about the WePlay Dragon Temple? Well we’ve heard the big @SnoopDogg has been diving into MK11 and will be watching the competition go down December 10-13, make sure you don’t miss out 👊🏼👊🏿

If that’s not enough to convince you, then we really don’t know what else to do. See you in the stream!