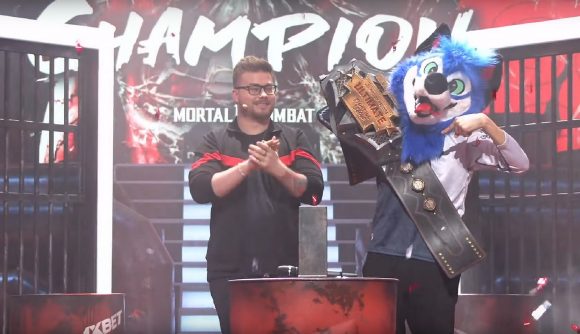 There’s one thing that’s undisputed about Dominique ‘SonicFox’ McLean, and that’s that they’re one of the best fighting game players of all time. It seems that they can’t stop winning, no matter the tournament and no matter the game. And their dominance continued this weekend as they were crowned champion of the WePlay Ultimate Fighting League Season 1.

SonicFox, who is signed to esports organisation Evil Geniuses, made their entrance to the tournament introduced as the “defender of trans rights,” and stood in all their fursuited glory underneath a trans pride flag alongside their fellow competitors.

Once the Mortal Kombat 11 tournament kicked off, SonicFox mostly utilised Joker to their advantage, but also dabbled with Jade and D’Vorah on occasion. After going unbeaten in seven matches in the group stage, their sole loss in the finals bracket was to Sayed ‘Tekken Master’ Ahmed in the semi-finals. However, SonicFox came through the loser’s bracket to face Tekken Master again in the final, beating the NASR Esports player 5-4 to reset the bracket and then dominating in a 5-1 victory to seal the win.

The five-time EVO champion continues their reign of domination in the Mortal Kombat scene, but this won’t be the end of their five-year rivalry with Tekken Master, who has proved he can beat SonicFox on his day, but ultimately fell short this time around.

SonicFox is once again proving that they are one of the very best fighters in the world, coming back from a fourth place finish at Skullgirls tournament Frosty Faustings XIII Online to win their first trophy of 2021.

WePlay seems to have run a flawless LAN event in the current climate, which could be pivotal in restoring fighting game tournaments while the global pandemic continues. Other esports are having less success, with two teams already dropping out of Dota 2’s Singapore Major due to coronavirus concerns.